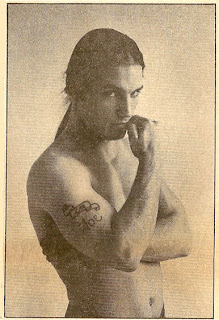 Before there was Glenn Danzig, before there was Anthony Keidis, before there was Henry Rollins there was Joe D’Allesandro, the ultimate muscle-bound counter culture hero. Unlike those boys he didn’t parlay his Greek God physique to communicate badass violence and hate. He was more like an Earring Magic Ken doll on drugs or a homoerotic Jayne Mansfield, popping out with a cartoonish sexuality that seemed strangely innocuous. 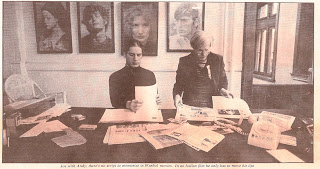 Joe was “discovered" the night he and some friends cruised an apartment building looking for a drug dealer where “The Loves of Ondine” was being filmed. They accidentally walked in on the filming and Paul Morrissey talked Joe into filming a scene in the picture, which Andy Warhol called the best scene in the movie. Warhol seemed impressed with Joe in a big way, marveling at the fact he worked as a bookbinder in spite of the fact that he only read one book in his life. 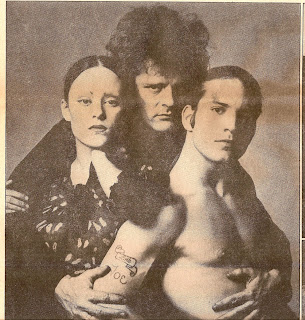 More Andy Warhol movies followed, films like “Lonesome Cowboys”, “Flesh”, heavily based on his experiences as a hustler and nude male model, then "Trash", and doing his best work in "Heat", portraying a former Mouseketeer down on his luck, living in a cheap Hollywood motel and having gigolo sex with a faded starlet, a la “Sunset Boulevard”. The film even climaxed with a swimming pool murder scene. Lou Reed immortalized him in his biggest hit, “Walk On The Wild Side”, singing, “Hey, Joe, take a walk on the wild side”. 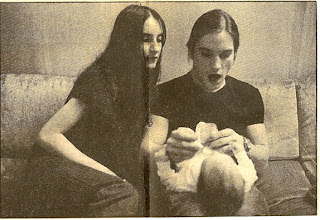 Joe D currently manages an apartment building in West Hollywood, ironic given his coolest film, “Heat”, took place in a similar setting. Coming from a broken home he must be happy to have several children and grandchildren in his life. He still works in movies when the calls come in, like some Merchant Marine out of a Genet novel. Thanks for all the great movies, Joe!
Posted by Andy 7 at 5:00 AM

Yes dear, a little beefcake for Thanksgivng. Have a great one!