2 or 3 Things I Know About Her 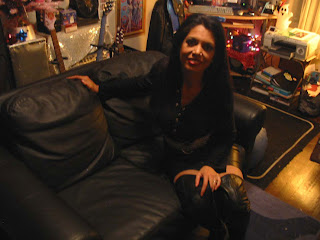 Some girls like to whine and pout and some like to scream and shout. I’ll tell you 2 or 3 things I know about her and why she makes a difference to me. There was this girl, oh, we’ll call her Rebecca, she was always a little bit different, much to everyone’s disgust, girls aren’t supposed to be, you know, different, but we can’t change how we’re made. Anyway, she lived in one of those suburban areas where nobody’s different because if you’re different that creates trouble to a lot of people. If everybody’s the same then people can go to sleep in peace, and for many life is all about eating until you burst and sleeping until you die. But the different people stop the not-different people from sleeping well and eating their daily intake of 10 tons of food, but I digress.

So in this land of not-so-different, this girl named Rebecca rode her bike home from school via a short cut of an empty grassy lot with a bush and a shrub here and there. She was riding her bike slowly through the remote path singing “la-la-la” to herself the way Little Red Riding Hood probably did. As she did some greasy maniac jumped out from behind one of the bushes and wrapped his arm around her throat, choking her. She reached back with her arm and smashed his pasty face. He grunted in his sloppy French like all Canadiens do, loosening his grip, and as he did, she kicked him several times in the shins until they were so bruised he couldn’t run after her. She pedaled away as fast as she could on her bike.

When she got home she told her parents about what happened. They reported the incident to the Canadien police, and were told to come to the station to file a report. Rebecca and her parents were informed that several girls her age had been attacked in that empty lot and a few were even killed. One had a hair brush rammed down her throat and choked to death. The police knew about this guy and needed a visual description of what he looked like. Rebecca gave them a full description of what he looked like, and within a few weeks he was picked up by the authorities and prosecuted. It turned out he was a boxboy at the supermarket a few miles away.

Even though the attacker was now in prison Rebecca’s parents were worried about her safety. The possibility of another attack was still fresh in their minds, so they enrolled her in a martial arts school. Nothing fights off rapists better than judo, the martial arts where one can deflect any powerful, detaining hold they’re placed in. Rebecca enjoyed fighting people, so much so that when she fought her opponents she always had a smile on her face. Her sensei, a kind, diminutive Japanese man would admonish her, “No, you no smile. Have to look angry! More powerful that way!” Nevertheless, Rebecca won every match. Her room was filled with medals and trophies.

Judo was fun but there was wrestling lessons at school. She enrolled in those courses and was a terror in classic wrestling, beating all her opponents, mostly fat Iroquois girls from the reservation like Suzy Three Wolves and Cathy Spotted Deer. Their brothers loved to huff spray paint cans in a paper bag in their pickup trucks and listen to Bachman-Turner Overdrive. Rebecca became the girl’s wrestling champion of her school, trophies accompanying her judo medals. Her parents wouldn’t watch her compete because they couldn’t bear seeing her get thrown around a wrestling mat and tortured. It didn’t matter, though, because she always won, anyway.

Unfortunately, once she ran out of female opponents she was now pit against male competitors. Great, back to the egg: being grabbed by men. She didn’t like it, it creeped her out. They would reach for parts she didn’t want groped and put in positions that she wasn’t cool with. She unceremoniously bowed out of the wrestling game, but the end result was a triumph: judo medals and wrestling trophies lined her room and she gained confidence that was valuable.

Years later, men would make the stupid mistake of thinking she was a pushover and hassle her. She’d throw them into the wall in her furs and high heels and they’d discover she’s a lady, but the most powerful one they would ever meet. And that’s one of the things that makes her different – she’s a beautiful girl but the deadliest tomboy alive. If that isn’t wifey material I don’t know what is.

When Rebecca recorded Shonen Knife’s “Public Baths” with her band Frightwig for the “Every Band Has a Shonen Knife Who Loves Them” compilation in 1989 several months later she got a letter from the band telling her that they enjoyed her cover and thought it was the best track on the album. A year later she covered Yoko Ono’s “Sisters O Sisters” with The Tater Totz and shortly received a fan letter from Yoko Ono telling her she loved her version of the song. If the Japanese can get behind Rebecca Seven then so should you. 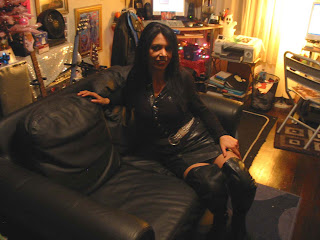 Awesome tale! Ain't no better telling what "strong" really is than the story of a woman who knows how to kick those greasebrains outta the joint and also makes great music!

Thanks, I've always been partial to tomboys. I never had much tolerance for frilly girls. A babe with a chainsaw or shotgun will always win my heart.