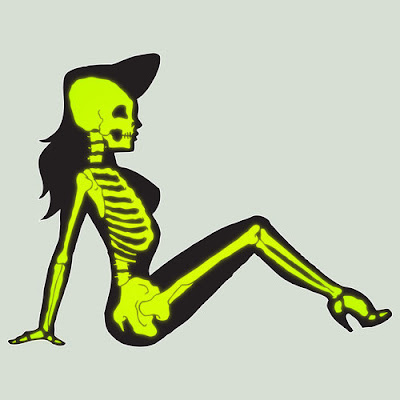 He awoke in bed in a crucifix position. He always found himself waking in the crucifix position, arms spread out to the edges of the bed and his legs locked together pointing down and his head pointing up to the ceiling. His eyes blinked once, twice and then he bent himself up in the bed, ruffling his hair.

He slept fitfully that night; he heard a lot of hooting and hollering outside. Not unusual for a marina where all the swells got drunk in their yachts and made a lot of noise. It bothered him because it was his first night out of jail and he wanted to have a peaceful night’s sleep in his houseboat, but no. Big Jason Gulliver was pissed.

He woke up in his street clothes, a soiled t-shirt and baggy fatigue pants. He leaned over to put on his Doc Martens when he saw a rat scurrying across the bedroom door. He picked up a boot and threw it at the rat.

“Get the fuck off my boat!” he yelled.

The bedroom was as Spartan as it gets. There was his bed, barely big enough to fit his gigantic frame; a small dresser filling in as a hamper as it collected an unwashed load of clothes; a tiny nightstand with a lamp for his paperback reading, and that’s it. The room was completed by a window with a dirty curtain faded by the sun.

On top of the dresser sat a cassette player with dozens of cassettes strewn about, some buried under a few banged-out paperbacks like Sartre’s “Nausea” and Burroughs’ “Nova Express”.

He got up to face the music, face the world, face the city that paid to put him away, and above all else face his friends, even the ones he owed money to. He fetched back his boot and put them on and walked out the front of his boat.

He stepped up to the dock where a blonde man with a trimmed beard waited for him.

“Oh hey, Jason, I figured it was you. You’ve got a phone call”.
“Tell them I’m still in jail. It’s probably somebody calling about their money”.
“Well, okay. I didn’t know you got out already”.
“Well, the fuckin’ rats didn’t know either, goddammit”, Jason cussed. “Got any coffee?”
“No, dude”, he moped. “Sorry”.

Big Jason lumbered up the dock towards the exit spilling out into the city street, looking around at the cars parked nearby.

“No, fuck it, just got out for that”, he thought. “Can’t jump back into it. Besides, someone might be waiting for me to do it again”. Still, he couldn’t resist ogling at the flashier cars parked around the corner.

He squinted his eyes shut and walked uphill towards the main street to get a cheap breakfast. He felt like a recovering addict, only instead of swearing off drugs he was swearing off theft.

Jason walked like an exiled minotaur, legs stomping spread far apart in a gesture of assertion, funny in contrast to how close his arms were kept to his chest, in the way a boxer keeps his arms and fists close to his face to provide protection in the ring. It might even be said that Big Jason either boxed at some time or trained for boxing during some chapter in his life. This gait was topped off with him leaning forward as he walked, his head and shoulders behaving like antennae, behaving like curb feelers on the lookout for trouble. 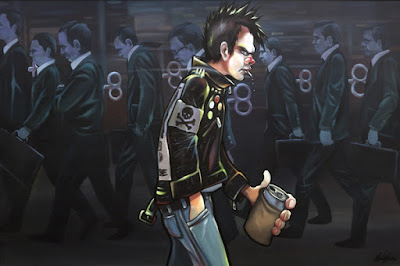 Did you ever eat breakfast without even enjoying a single bite? Jason hammered away his meal without really concentrating on what he was tasting, just going through the motions. It wasn’t what you’d call being in a trance. He simply had his mind on everything else but what was in front of him. Sitting in stir will do that to you.

He caught his reflection in the mirror across the room and saw a large, wide piece of half-sculpted concrete. His chin was large, his lips turned down, his short spiky hair crowning his head. The only thing dispelling all this facial cruelty was a set of calm, almost tired eyes. There was peace there while the rest of his body looked hard. He cut an ominous figure but there was something downbeat in his demeanor.

All this soul transference felt harmful because he was too young for such divisions in his mind. While he acted dumb and simple on the outside it was a crowded theater on the inside, thousands of ideas and thoughts racing through his mind like an electrical storm.

He paid his bill and walked out of the café in a trance, slowly trotting down the hill back to the narrow street at the bottom of the hill. An endless line of parked cars showed themselves off to him as he walked by. His eyes flashed at the flashier cars and he felt the tingle, the irresistible urge building inside of him. It wasn’t fair; he was just released for stealing them and here they were heartlessly teasing him.

It was a veritable feast of automotive beauty, steel and chrome pulchritude igniting flames of vehicular lust, daring him to commit another theft. Jason slowed down his pace and turned around, then looked across the street, then craned his head to see if anyone was leering overhead somewhere.

It was a rare moment when there was just him and his urges left alone on the concrete midway. He began appraising his prospective choices: there was the tan Cadillac, “too fogie, no punk would be caught in this thing”; the red Firebird, “perfect looking sled, but red just screams out everybody look at me, I’d get picked up in less than five minutes”; the black Mercedes Benz, “yeah okay, graduation present from Dad, I won’t arouse suspicion pulling this one”.

He looked around one last time, leaned his hips against the driver’s side, reaching for his keys and then broke out chuckling. The window was rolled down.
“Fuckin’ rich people have the dumbest confidence”, he chortled. No need to jimmy the door.

He swung right in, plopped on the red leather upholstery, and quickly reached under the dashboard. He pulled down a few wires, cut off the casing and twisted the bare wires, connecting them, starting the engine quickly. 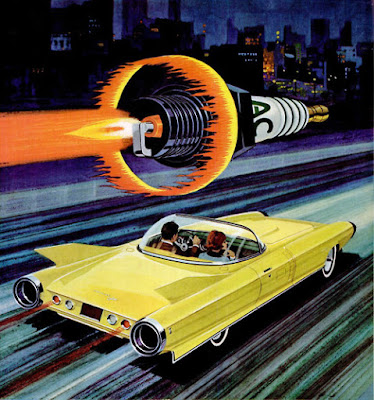 He popped in the cigarette lighter and grabbed a smoke from the pack on the dashboard, lighting it up. The radio blared out a Grateful Dead song loudly and he turned it off. He pulled out into the empty street and shifted it into a higher gear.

The Benz gave a slight jerk and Jason frowned. “This one’s got shitty transmission. You never can tell if these classy rides are in good shape or not. This one’s a turkey. Well, I’ll dump this in a little bit, but-Hello, who’s this?”

Jason saw a pretty Asian punk girl with spiky blonde hair in a black tee, leather miniskirt and fishnets hitching at the end of the corner. He rolled right up and leaned across the seat.

“Hey, hop in”, he bellowed. “I’m going your way”.
She stared at him for a second and asked, “Do you know where I’m going?”
“Doesn’t matter, babe, I’ll take you there”.
She stared at the inside of the car, appraising it. “Red bucket seats. Okay, but no funny stuff!”
He cranked the door open and she got in. He watched her beautiful legs slide into the front seat.

“So where are we going, gorgeous?”
“Telegraph Hill”.
“Okay, cool”. He let out the clutch and it gave a slight jerk. She chuckled, grabbed a cigarette from the pack on the dashboard and lit up.
“Hey man, this car is pretty bomb”, she puffed.
“For real, you Japs know a lot about bombs, huh?”
“I’m no Jap, asshole, I’m Chinese”.
“I know, I was just testing you”.
“The fuck you were!” she puffed away like an angry dragon.

“I’m Big Jason”, he smiled at her. “You know, I’ve seen you around somewhere”.
“Yeah, you look familiar”, the girl calmed down. “I’m Suzy, Suzy Wrong. I think…I think I saw you at The Mab once”.
“The Nuns show, I was the one the bouncers tried to kick out but I put up a fight. I wore them out, though, so they let me stay in. Assholes”.
“Assholes!” she cackled. 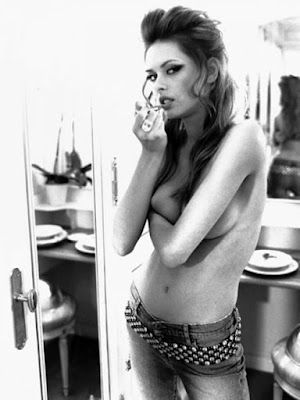 The car jerked sporadically and Big Jason mumbled, “Smooth ride, huh?”
“Is this really your car?”
“Sure it is! Graduation present from Dad”.
“Where did you graduate?” she asked skeptically.
“University of Alcatraz, baby doll”.

Suzy stared at him for a second, and then laughed. “Yeah, you were the big guy the bouncers couldn’t take down. My friends watched that go down. It was more exciting than the show”.
“Should’ve charged people to watch”. Jason tossed his butt out the window.

“Big tough guys. You’re all a dime a dozen”, Suzy stared at him while her slender hand wandered down to his crotch, rubbing his thick tool against the fabric of his coarse jeans.
He glanced at her from the side and caught her licking her lips.

“Hey, baby, ever been in a houseboat? With beer and pizza?”
“Sounds like a date”, she caressed his unit tenderly. “Let’s make it”.

He dumped the Benz a block away from the docks and they walked down to his houseboat.

One hour later Suzy was in his bedroom wearing nothing but his t-shirt and drinking out of a large bottle of wine from the fridge. She spit some all over his tense, prodigious tool and went to work on him. She tasted the wine and he tasted freedom, among other things. 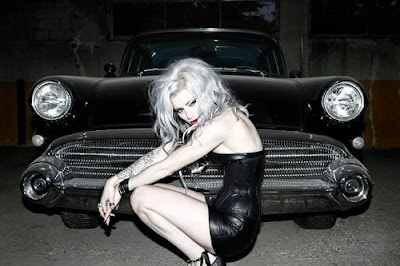