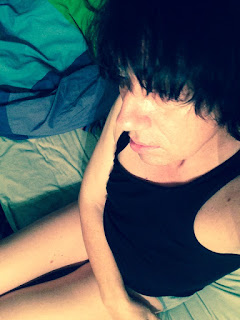 I'm not one to obsess much over milestones because it's a game one can play indefinitely ("The 50th Anniversary of Sgt. Peppers", "The 70th Anniversary of Hiroshima", etc.), but I'll break my rule and let you know that this Monday, October 31st, will be my 60th birthday. Sixty years of...quark, strangeness and charm (thanks, Hawkwind).

This week also marks the 60th Anniversary of the Hungarian Revolution, where I was born. I find it ironic that there was fighting in the streets as I was born, and that the cacophony of street fighting somewhat influenced me into a life-long love for playing free jazz and other areas of improvisational music. By my parents' account, I was smuggled out of the country as they escaped to the USA. Contraband is my middle name.

Now that I've turned 60 I have to confess that I've started moving slower for things. I no longer run for anything - I just take my time. I've been here long enough. What's the point of running for anything? I've seen enough shit to know how things will turn out.

But in essence the importance of getting older is that there's less a feeling of guilt in general. I find it harder and harder to feel bad about anything. And even worse, I find my self-esteem rising higher and higher. I really like myself and all the things that I've done. I've lost all sense of shame. I won't dwell on self-hatred.

But all kidding aside, I've done just about everything I've ever wanted to do. I was a rock musician, touring the country and recording several albums; I've designed and made my own fashions, many of which have been featured on this blog; I worked for every strata of American government (Fed, State, County and City); I've done private investigative work, and now I'm doing what I love best, writing punk rock crime novels. If I died tomorrow I couldn't ask for a refund. I got on all the rides.

For the celebrity obsessed I've shaken hands with John Cassavetes, helped Harrison Ford at the election polls, hugged Raquel Welch, attended Julie Newmar's birthday party at her home, attended Gene Simmons' own 60th private birthday party, hung out with Iggy Pop and Shaun Cassidy at Rodney's, danced with Patti Smith and made Sun Ra smile. Yeah, I got on all the rides. 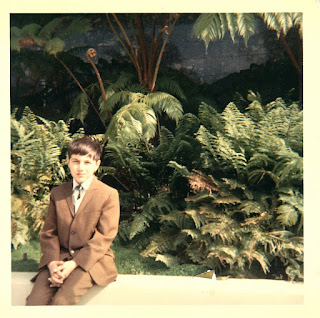 I don't cry much over terrible things that have happened in the past. Crying isn't really that cathartic and I prefer to just keep moving. anyway. My pain is a luxury I can't afford. Life is mostly loss, anyway. You lose friends who decide they hate you. You lose parents who pass away.

So what's it all about? Sex and death. Sex - getting it, dodging it from lecherous men, singing about it, writing about it - by the way, writing sex scenes in my books have always been the easiest part of my books. I don't get writers who can't knock out a decent sex scene in their novels. If you like sex then writing about it's the easiest task in the world.

Death, not just the end of mortality but the end of friendships, relationships, marriages, i.e. anything that entails someone yelling FUCK YOU as a parting shot. Life is filled with a lot of that, sometimes just a wee bit too much of it. For fuck's sake.

But still, what's it all about? I don't know. I just keep writing about people doing bad things to each other, laughing my ass off as I type away. And this week I'm listening to The Slits...Ari Up, passed away six years ago this week...Who invented the typical girl? Do a runner, do a runner....and then I hear the answer. In the beginning there was rhythm. Silence is a rhythm too>>>>>. 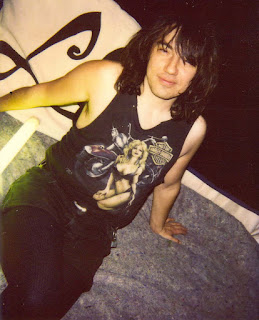 I'm not sure how I arrived at your blog but I want to wish you a Happy Birthday!