The Antonyms and The Homonyms 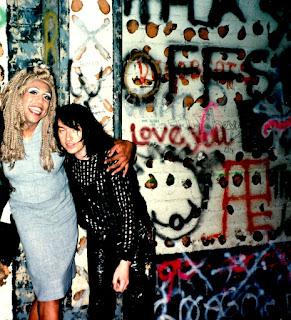 I was at the pet store yesterday and I was chewing gum like Sterling Hayden, when I looked down and this fucking Pomeranian stared at me with his little button eyes and started imitating me, making chewing faces, snapping his jaws open and closed. What a clever little fucker.

Thought I was having a bad day at work until I saw Larry King walking alone down Rodeo Drive. Larry looked short and frail as if someone washed him in hot water instead of the cold. He was talking into his cell phone to Caller #000 with his shirt buttoned up to the collar in 82dgr weather. He walked as if it was a harder job than spitting into a prop microphone.

This old guy was complaining about the heat to me today.
I told him there was nothing wrong with the heat, there's too many people and too many fucking cars and if you took them all away you'd love the heat.
Well, when Pop heard this his wrinkled eyes got real big and he screamed, "YOUNG MAN YOU'RE ABSOLUTELY RIGHT!"

Thanks to a site called Creepypasta (creepypasta.com) I discovered the work of a great performance artist from Belgium named Olivier de Sagazan. He utilizes clay and other media to distort and modify his appearance. Here's a pretty wild sample of his work:


I like the way he mumbles to himself a lot while he works, like he's really possessed. He can also be seen in a movie called "Samsara".

Just saw Paula Abdul standing in front of Pepperdine U for the 9/11 memorial. She wore a cowboy hat, a mini-dress, with cowboy boots (matched the hat). She was alone and looked very happy. I never liked her until I saw her then. What made it so great was that the expectation is for her to be surrounded by a large, annoying entourage, but there she was, hanging out by herself and smiling, taking pictures of the breathtaking 100-flag display on the front lawn of Pepperdine University. Her cowboy outfit and the 100 flags gave me a true Myra Breckenridge poster moment. 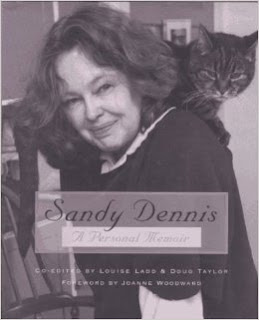 Wow, what a find. Shortly before she passed away from cancer Sandy Dennis wrote her memoirs, and it's every bit as weird as she was. The star of such bizarre films as Who's Afraid of Virginia Woolf, The Fox, and That Cold Day In The Park, Dennis was also the inseparable girlfriend to cool jazz juggernaut Gerry Mulligan. The book was written while she slowly succumbed to her disease, surrounded by her 30 cats. Yes, Ms. Dennis was a Cat Lady and goes into great detail about her cats. Highly recommended.

Getting back to Creepypasta, it's funny how the younger kids these days are creeped out by videos of clowns and weird people romping around in mannequin masks with weird, droney electronic music. None of these videos really scared me, and I wondered why. Then I remembered I grew up on a diet of Devo and Residents videos, all of which put a lot of these dumb videos to shame.

I once went shopping with this woman one afternoon in the Wilshire District. She took great pride in everyone in the store calling her on a first name basis; it was a frighteningly big deal to her. Bored with her making a big show of how popular she was in the store, I walked out to the sidewalk to check on my car.
A car loaded with black teenage boys drove slowly by me.
'YO, OZZY OSWALD!" "SUP, OZZY OSWALD?" They yelled at me from the car, laughing. I laughed right back.
Now there's a great hip-hop name, Ozzy Oswald. Make me a cross between Ozzy Osbourne, revered metal singer of Black Sabbath with Lee Harvey Oswald, notorious killer of the great President John F. Kennedy. Those kids had spunk. Those kids had genius.

I stood around five minutes more and then a car of white teenage girls pulled up asking me all kinds of questions. Talking to teenage girls is a lot like being abducted by aliens: once it's over you have no recollection of what just happened. I think they were asking me about my 7-star tattoo sleeve (by Ace Farren Ford of Purple Panther Tattoo fame), but then again I might have imagined that as the topic.

My friend came out of the store and asked me where I went.
"Oh, a couple of cars full of kids pulled up to talk to me".
"TALK TO YOU? WHY WOULD ANYBODY WANT TO TALK TO YOU? YOU'RE NOT FAMOUS!"
"I used to be famous".
'NO, I'M FAMOUS!!! I HAVE OVER 700 FOLLOWERS ON FACEBOOK!"
I smiled and said, "But this isn't Facebook, this is real life".

Did you ever see the black version of Roxy Music's Country Life album? I thought i was pretty amusing. Here it is: 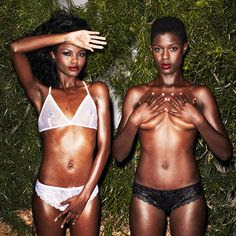