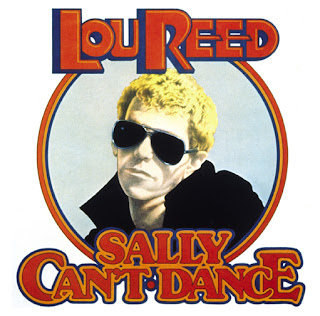 In 1973 Lou Reed followed up his most commercial release, Transformer, with his most ambitious album, Berlin. It was produced by Bob Ezrin, responsible for Alice Cooper’s most overambitious works School’s Out and Billion Dollar Babies. Like the two Cooper albums Berlin was overly serious and full of the overbearing weight of its self-importance. Whether this is attributable to Ezrin is open to debate. It seemed like Reed really put all his chips on Berlin and boasted at the time that it was the greatest thing he ever recorded in his lengthy and outrageous career.

Berlin lacked a hit single like a baseball pitcher lacked a right arm and quickly tanked. Reed, embittered by its failure, responded to its sad fate by assembling a top-notch stadium style heavy metal band performing Velvet Underground covers. It was so simultaneously brilliant and vindictive at the same time, with the great irony being that the resulting live album Rock & Roll Animal became his great selling album, even outdoing the legendary Transformer album. The double irony was that the guitarists, Dick Wagner and Steve Hunter had previously played with Alice Cooper (behind the curtain, covering for Glen Buxton).

Lou continued chasing a dollar by following up Rock & Roll Animal by recording Sally Can’t Dance, an album that showcased a more commercial Lou, something very New York and very Seventies. Although the album did respectably, many fans found it a bit of a sell-out. It was their loss, however, because I consider it one of his most decadent works.

Like a David Hockney painting, Sally Can’t Dance is a languid document of images of excess degenerating into lazy decadence. It’s far more reminiscent to my mind of the Seventies than any other work of his. I can almost remember every facet of West Hollywood in that era when I hear that album.

Sally Can’t Dance begins with Ride Sally Ride, a classic somber ballad by Reed that recalls earlier tunes like Femme Fatale, about a played-out party girl. “Sit yourself down, take off your pants, don’t you know this is a party”, Reed croons to a quiet piano and French horn. “Ooh, isn’t it nice? When your heart is made out of ice”. The song ends with a false joyous fanfare of disco horns and backup girl singers.

The next song Animal Language was a silly song about pets getting down and dirty with each other. I think Reed wrote this song just to piss off his most ardent purists by coming up with the silliest lyrics he could come up with. He succeeded with flying colors, as the gang from Creem Magazine shamed him for years for recording this silly song.

Baby Face and NY Stars are classic Reed songs about drugged out monsters walking all over each other and using everyone in their path. While Baby Face has a lazy Quaalude aura mirrored in its hypnotic electric piano riff, NY Stars counters with a furious, coked out irritability in the pounding rhythm and scratchy funk guitar. Reed sings NY Stars in a cold, vampiric voice laden with echo, “Remember, we’re very good at games”.

The second side of Sally Can’t Dance features more cold, echo Lou vocals on Kill Your Sons, his semi-autobiographic tale of being committed to Creedmore State Psychiatric Hospital by his parents. “All the drugs that we took sure were lots of fun, but when they shoot you up with thorazine and crystal smoke it makes you choke like a son of a gun”. All this institutionalized meds talk endeared Reed to William S. Burroughs. In Victor Bockris’ book With William Burroughs there are many accounts of Reed and Burroughs discussing psychotropic medications at great length.

Ennui, like Baby Face, is another bizarre cabaret ballad with Lou doing his finest crooning, but then there’s the title track Sally Can’t Dance, with its big disco horn section and girls oohing and aahing while Lou spits out hilarious lyrics like, “She was the first girl in my neighborhood to wear tie-dyed pants, LIKE SHE SHOULD. She was the first girl that I’ve ever seen that had flowers painted on her jeans”. Anyway, the punch line is that this once badass chick is now a drug-wrecked car crash. Lou goes further into East Village detail, like her rent-controlled apartment. It’s actually a very funny song.

The album ends with Billy, a great song about a childhood friend who was the model high school student and major source of envy, now returned from Vietnam with a major heroin habit. The lyrics and sharp and incredibly poignant, punctuated by Lou crooning over an acoustic guitar and a wailing saxophone. Like Sally, Billy is a study in drug-induced ruin, and who better to report on their downfall than Lou Reed.

There’s a great sense of loss and sadness to the album, inspired partially by the public’s inability to understand Reed and also by Reed’s refusal to fit in the music marketplace (he eventually conformed to every expectation made of him, but it wouldn‘t happen for another 20 years).

I think Sally Can’t Dance is a greater album than Berlin because in spite of all the decadence and ruin Reed manages to slip in enough deadpan humor all through the record – even in the tragic Billy Lou cracks, “Billy studied medicine while I studied foliage”. He couldn’t resist a joke here and there irregardless of the tragedy. I like that.

Sally Can’t Dance deserves a second look as a great Lou Reed album. Trashy, yes; funny, definitely; sad, absolutely, but also every bit as eloquent as a John Cheever short story. When a decadent rock album recalls great literature you need to give it a closer listen.

So what do you do when you see a band that looks absolutely amazing and holds tons of promise until they start playing and then you realize this might be the worst band you've ever heard? Ladies and gentlemen, I give you The Black Belles.