Do Spiders Dream of Electric Flies? 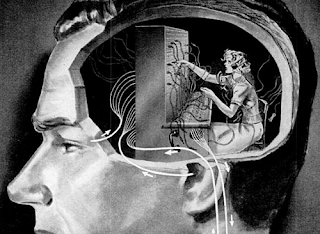 Not so long ago I stood in line at an auditorium waiting for the doors to open for an important meeting. I stood by a rather boring floor-to-ceiling glass window. Then, something caught my eye that completely demolished any semblance of boredom.

I wondered if the spider thought the fly was within reach of trapping and eating? Did the fly not move because it was afraid of the spider on the other side? Were they both aware of the fact that there was a window separating them? Bees have been known to fly around plate glass windows for hours hitting themselves against the plate thinking they can fly out.

The whole rite of eat or be eaten became very perplexing with no answer in sight. There was no outcome to be seen, nor would I even see any attempt made since I was called in for my meeting. In less than five minutes I saw the meaning of life told in front of me: Someone will survive and someone will die and we’ll never know why or when. 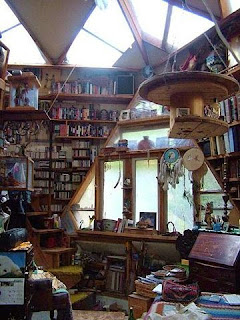 Last year I sent a submission to a literary zine I respected. It was based in London. It dealt with mostly LGBT subject matter and clamored something awful for works that were truly OUTRAGEOUS and TRULY ORIGINAL. This is something I used to hear record companies crying for all the time, but once upon hearing my music they’d turn turtle and play dead, so I knew this hustle was horseshit. Nevertheless, I sent them some of my writing.

While I was waiting for my answer from this zine I looked through their stuff and there was a lot of bad lesbian poetry, just awful stuff that sounded like a woman whining to you in a coffee shop about her disloyal girlfriend. There was one thing that was kind of glam rock but was so rife with comic book stereotypes of glam rockers. The writer sounded like he knew nothing about the subject but found cross-dressing titillating.

After sitting around watching my hand grow and reading the zine’s editor tweeting over and over about SEND US YOUR SUBMISSIONS and more claptrap about OUTRAGEOUS and TRULY ORIGINAL I lost it. I tweeted back, “Hey, my story, have you read it? Are you a beggar or a receiver?”

Mister English LGBT Zine probably bristled at my tweet rejoinder because he snarked back, “We are currently swamped with submissions BLAHBLAHBLAH”….Then why keep begging for submissions, matey?

A week later I finally got my response from this character. It went something like this, and I quote:
“We regret to send you the news that your story didn’t make the grade, however out of all the rejected submissions yours had the most potential”.

(Okay, you didn’t care for my story. Life goes on, but then Mister Swamped goes into a critical analysis of why my writing wasn’t good enough for his obscure zine, which was under no circumstances requested).

“Your writing shows a marked lack of subtlety. Your plotting is brash and overly violent. Your dialogue and descriptions are executed with a primitive crudeness which could use some refining”. I don’t recall even encouragement to submit to them again which other publishers routinely throw out as a beau geste. 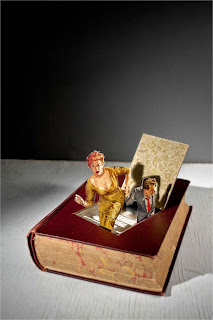 The arrogance of someone topping the news your work is unacceptable by offering unsolicited criticism in superior tones was enough to piss me off for the better part of a week. Then I read and re-read his remarks until it finally hit me, and then I laughed. And after that I laughed some more.

His remarks flashed back at me in neon letters: “LACK OF SUBTLETY”…”BRASH”…”OVERLY VIOLENT”…”PRIMITIVE”….In other words he said I wrote like a fucking American. Well, that’s how Americans like to write. Jim Thompson. Charles Bukowski. Jack London. William S. Burroughs. America. No apologies intended. And certainly no changes needed either, Mister Obscure Literary Zine. Have fun with your little cottage publication. Your tame glam rock stories don’t even recall my glory days of the Seventies. Do some fucking research. There’s my unsolicited advice to you.

As long as we’re giving advice about writing, here’s mine: writing doesn’t have fuck-all to do with ideas. You can cart around the world’s oldest idea for a story and still make it work. The success of a story is contingent upon two elements: ATTITUDE & APPROACH.

Attitude is your story and how you SEE it; Approach is your story and how you TELL it. Attitude can also be called the POV (Point Of View). A good example would be the writings of Jack London and Jack Kerouac, two writers who wrote about riding the rails, taking on odd jobs and traveling across the United States. The stories aren’t particularly gripping but their attitude is what sells the tale. Both writers have a distinct attitude on the same situation that makes their writing breathe. Their POV aka their eyes see a similar landscape but everything gets processed in their own style.

Approach is the way the tale is told. This is a little different from attitude because now we’re reading our story from a different voice. I can write a bank heist novel but because of how I tell it, it won’t read like W.R. Burnett, who writes in a lean, taut style, or like Ken Bruen, who peppers his crime writing with a lot of Irish slang. To put it simply, it’s the singer, not the song.

In other words you could write the world’s oldest shaggy dog story, but if your APPROACH is different then it’ll still read like something new. The telling of a tale is mostly sold on the writer’s reporting of the events, and originality be damned. I’ve read countless books with original concepts that suffered from shitty story-telling. Don’t worry about having original ideas, they don’t mean shit if you can’t tell a story well. So go write your crazy, unoriginal story.

And don’t be afraid to write like an American. 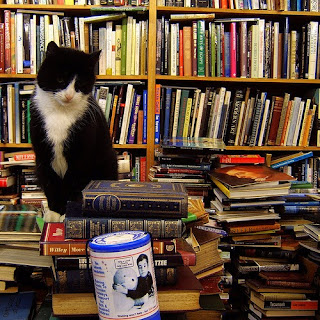