The Island of Misfit Bands 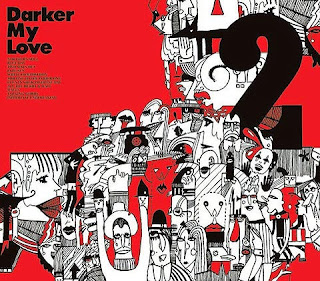 Being in a band, in gambling terms, is never a sure thing, and make no mistake, a band is a gamble from start to finish. The odds on a band’s success rise higher and higher every day, especially since rock music’s lost its ability to command the marketplace.

Endless investments like musical equipment, rehearsal studio rent, demo recording costs and so much more bring back virtually no dividends at all. It’s a wonder bands stay together for as long as they do. This blog pays tribute to those bands that only hung in there for an album or two but still had so much to say.

A band can’t be judged on its staying power. Some bands release one album after another with the same songs like a sausage factory. There are other bands that put out one masterful album and then all the others thereafter are weaker than shit. It’s like the man says, you have your whole life to write the first album and only six months to write the second one.

I’ve compiled a list of my favorite two album wonders of the past twenty years, and here’s a brief sampler of them:

1. Darker My Love – A pretty good modern freakbeat band out of Silverlake, California. Songs like "Talking Words", "Summer is Here", and "Northern Soul" have a dark, reverb drenched sound with great melodies and cool vocals. On their website they sort of allude towards a “Maybe we’ll play again, maybe we won’t”. Maybe they should.

2. The Quotes – In an earlier era these boys would have been called power pop but with guitars and singing as ferocious as this (shades of The Reigning Sound) it’s just great, noisy rock ‘n roll. Hailing from Rotterdam, Holland, their songs like “Mass Produced” and “Lipstick” will blow the roof off your house and they even kick out a great cover of The Cynics' “Help You Ann”.

3. Volt – Brought to you by In The Red Records, their press release claims they’re from France but the female singer sings in German with great songs like “Alles Neu” and “Testbild”. Imagine a cross between Kraftwerk and Boss Hog, with a synthesizer fighting a slide guitar for dominance in the noisy, distorted mix. Scores extra points for covering The Tyrades’ “Couples”.

4. The Hex Dispensers – To date they’ve only released two full-length albums and I wish there was more. A classic punk band with a Joey Ramone sound-a-like and melodies to kill for like “Channel 13 Is Haunted” and “O.B.I.T.” There’s also a great punk cover of Gary Numan’s “Down in the Park”. More! 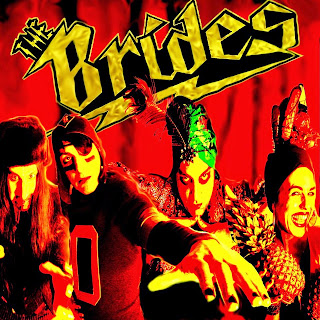 5. The Brides – If The Misfits were more glam than punk they’d sound a lot like this Brooklyn, NY band. With a keyboardist named Julia Ghoulia, they sport some great songs like “Noir Aware” and “Got It” with Ghoulia’s sharp gothy organ screeches. Check out their great album “Sofa City Sweetheart” on eMusic.

6. Post Junk Trio – If Morphine turned into an instrumental band following the untimely death of Mark Sandman it would sound exactly like this. In fact, you could file this next to any Morphine album and fool your friends. Their album “Chinatown” is outstanding with tracks like “The Dog’s For Sale” and “Fun”. Love that honking baritone sax. More!

7. Tipsy – weird electronic lounge music from San Francisco, their two albums are essential listening even if you don’t care for lounge. Their sonic dreamscapes are total ear candy, especially the “Trip Tease” album. They also have some heavy hitters guest star on their records, like Ralph Carney on reeds and Vince Welnick from The Tubes on keyboards. I also saw a theremin and sitar credit on their albums. Well done!

Other two-album bands I like but didn’t get much information on were The SG Sound, another wild lounge band with some great tracks like “Jump The Shark” and “Sirens of Venus”, and Penthouse from Ireland who sound like some crazed cross between Jesus Lizard and The Birthday Party. Then there’s also Elevator Drops from San Diego on Time Bomb Records and a few others I can’t even remember any more.

In closing I just want to say that taking a chance on a short-lived obscure band can be more rewarding than listening to yet another wheeze from a band that’s been around too long. I won’t mention names, but the shorter lived bands sometimes have more to offer than the stodgy old ones. 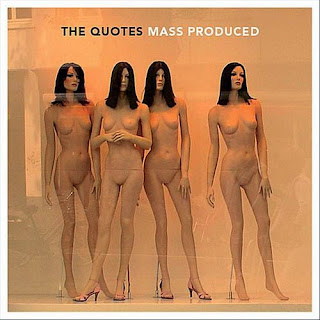 I love Volt. You picked some kick ass bands.