Preparing For The Prog Rock Revival 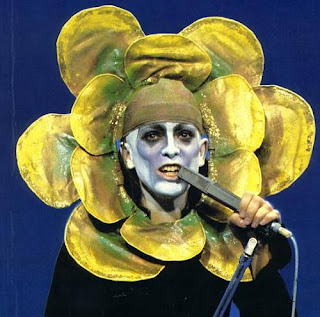 Some people have to brace themselves for a tornado while some people have to brace themselves for a hurricane, but if there’s one thing people haven’t braced themselves for is an impending prog rock revival. Prog, short for Progressive Rock, also known as Art Rock was a curious music form popularized from the Psychedelic Rock days of 1967 until Punk stamped it out into the ground in 1977. What makes it curious is that unlike most rock it showcased classical music forms with lyrics that owed much of its imagery from science fiction and fantasy tales. While it lacked a worldly universal appeal it captured the hearts and souls of record buyers for its 10 years during its powerful reign.

Why am I making a case for Prog Rock making a major comeback? Well, all the earmarks of its influence are rolling right back to us again:
1. The popularity of The Hobbit films and Lord of The Rings series being bigger than ever, Tolkien exerted a considerable influence on British prog.
2. The tripling if not quintupling in numbers of people attending fantasy shindigs like Renaissance Faire, recalling records by Jethro Tull, Genesis, among others.
3. Cosplay is bigger than ever, and that totally works the whole fantasy aspect of bad prog music. It would be nice to see someone cosplay that nutty Peter Gabriel flowerpot man.

Prog Rock, according to the BBC special “Prog Rock Britannia” started with Procol Harum’s single “Whiter Shade of Pale”, which in their words referenced “Percy Sledge and Johann Sebastian Bach in the same song”. While I agree with that statement, I think Procol Harum were a little too eclectic and wider in scope than the average prog band – they could swing the blues better than a lot of other bands, what with Robin Trower on guitar and Gary Brooker’s very soulful vocals. The first blatantly prog band was probably The Nice, Keith Emerson’s power trio who shed their guitar player after their first album.

Well, what if you hate prog rock for its precious lyrics, fussy instrumentation and overt snobbery? Are there any songs a prog hater can enjoy without falling into the pit of pretension? I’m glad you asked. Believe it or not, there are a few numbers you can enjoy without sitting through a ten-minute suite of stuffy classical melodies. Submitted for your review are my personal recommendations. You can thank me later:

1. America (The Nice) – Notorious for Keith Emerson’s burning the American flag on stage during this number, it’s still the most simultaneously explosive yet jubilant instrumental I’ve ever heard. Emerson’s organ playing is positively breathtaking, melodic and funky at the same time. Equally of note is his amazing cover of Dave Brubeck’s “Blue Rondo A La Turk”. By the way, the kids that were offended by the onstage flag burning probably missed the intro to America featuring a dirge played to the sounds of slaves being whipped.

2. Silver Machine (Hawkwind) – Lemmy played prog in this acid nightmare side show, how bad is that? Hawkwind were at their best when they kept their songs short, like on tunes like “Quark, Strangeness And Charm” or “The Right Stuff”. Anyway, The Sex Pistols rocked this great song on their last tour, so whatever goes around comes around.

4. 21st Century Schizoid Man (King Crimson) – The greatest prog track of all time, devastating upon its release, sounding like John Lennon howling over a Black Sabbath dirge describing a doomsday that quickly degenerates into the most demonic, whirlwind cop show instrumental ever played. Robert Fripp and Greg Lake became stars and Ian McDonald made the poor decision to disappear into Foreigner. Nevertheless, an essential record. 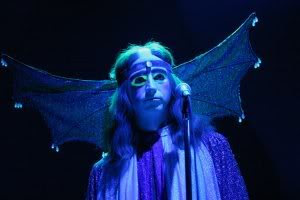 5. Piece Of Mind (Curved Air) – Another wild dirge with Sonja Kristina singing in a haunting falsetto that oddly works well, transitioning into a jazzy tune changing on the down beat, winding over into a kinetic Greek dance kaleiodoscoping with color and then slowing down to a synthesizer lullaby. Has to be heard to be believed.

6. Play In Time (Jethro Tull) – By the time Jethro Tull hit the scene shortly after their appearance on The Rolling Stones’ “Rock & Roll Circus” they incorporated many influences in their music, but this foray in noise/music concrete screaming above Ian Anderson’s wistful flute was probably the most radical thing they ever played, and it’s over in three minutes, too.

7. Knife Edge (Emerson, Lake & Palmer) – ELP made a few silly records but Knife Edge from their first album is a tense piece of work with another Greg Lake vocal, singing: “Tread the road cross the abyss, take a look down at the madness On the streets of the city only spectres still have pity Patient queues for the gallows, sing the praises of the hallowed Our machines feed the furnace, if they take us they will burn us”. Harlan Ellison couldn’t have said it better!

8. Killer (Van Der Graaf Generator) – Peter Hammill’s dramatic David Bowie-like vocals about a shark are so suave it’s an instant classic. The great demented David Jackson saxophone break in the middle when the band goes kabloeey is something for the ears to behold, I mean this is why records were invented in the first place. Hammill’s brilliant lyrics make the correlation between a deadly shark and a malevolent outcast. 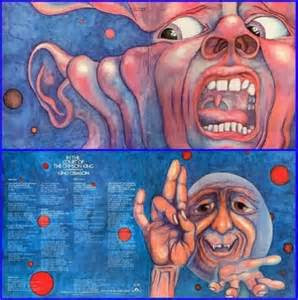 Bands that aren’t prog: The Moody Blues (too pop), The Crazy World of Arthur Brown (much too much R&B and blues, but try Kingdom Come), Kraftwerk (too electro), again not Procol Harum, Pink Floyd (lyrics too contemporary and music not classical sounding enough), Soft Machine (same reason as Pink Floyd), and nobody’s talking, but The Stranglers allegedly started out as a prog band before they jumped on the punk bandwagon. Dave Greenfield’s keyboard playing certainly bears this out.

So, that’s my Prog Blog. I know, I didn’t mention Yes or Rick Wakeman - the less said the better, although the intro to "Roundabout" was sampled at the beginning of a Germs single back in 1978. Actually, Roundabout's the only decent song in their rep, and Rick Wakeman’s soundtrack to Ken Russell’s movie “Crimes Of Passion” was very good, so there’s a positive in everything. So, button up your overcoat, get plenty of supplies and water, shutter your windows, because prog rock is coming back. Don’t say I didn’t warn you! 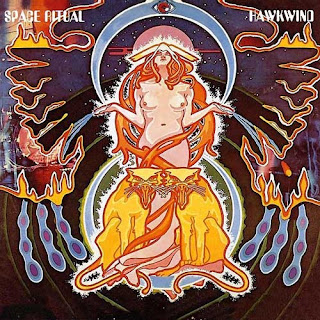 You're always right about music, Andy. I love when I come down and ride around with you guys, you always play such cool music in your car.

You're always welcome to come down and ride with the devil :)

Thanks for giving Van der Graaf Generator their due and especially David Jackson. If prog does come back please don't let it be that kooky neo-prog stuff or I'll have to go to suicide forest in Japan.