No Runway In The Sky 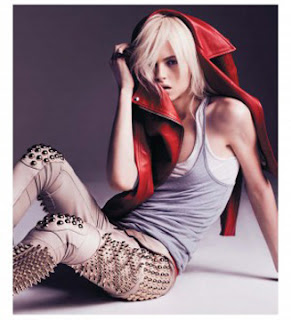 One of the greatest fallacies in the past few years is the idea that people can’t be shocked anymore. Well, probably not by dullard careerist rock stars and bullshit cartoony painters (“Obey” my ass), but the fashion world still has a way of getting people’s panties in a bunch, and that’s where the action is.

Andrej Pejic is a 21-year old model who looks more like Deborah Harry than George Clooney, and it’s bugging even the most liberal fashion fans. Why? Because he models womens wear just as well as menswear. And he hasn’t had surgery or other cosmetic enhancements done. In Andrej’s case, the best woman for the job is a man.

As you can see Pejic looks more rock & roll than anything in years, so whether he’s fronting a woman’s dress or Bowie-T.Rex glammage he looks positively hypnotic. When he’s not looking like an ultra-cool rock star he’s upsetting fashionistas by modeling outfits like a see-through wedding dress for Jean-Paul Gaultier’s collection during Paris Fashion Week. He was also a top model for Marc by Marc Jacobs Spring/Summer 2011 campaign, and also walked down the runway for Jeremy Scott, who really gets around. 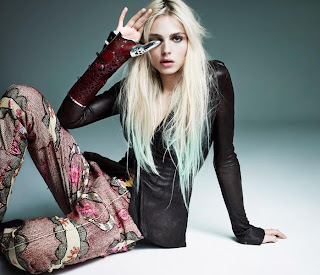 Other modeling episodes in recent months have included a magazine cover banned from Barnes & Noble for posing in a see-through dress (no joke) and posing in a Marilyn Monroe tribute that’s more convincing than that Michelle Williams travesty. Another gender-bending feather in his cap was his work in the advertising campaign for Dutch retailer HEMA wearing red dresses and women’s lingerie. Not bad for a war baby born during the Bosnia-Herzegovina massacre.

Andrej Pejic is signed to DNA Model Management (New York), and is registered at 10 other agencies in each country. The Talented Mr. Pejic is ranked at Number 18 in the Top 50 Male Models on websitemodels.com. Well done!

Another cure to the female model cliché blues is the amazing Ranya Mordanova. Coming from the Russian Federation, she looks Asian as she does European, creating an otherworldly quality in everything she wears. If anybody looks sci-fi, it’s her. The art of presenting fashion isn't only dependent on designers and photographers, but also on intriguing models like Pejic and Mordanova to sell them. 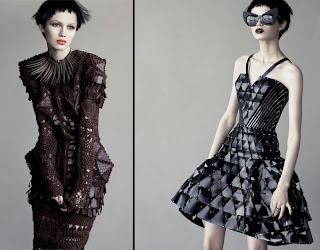 Those are great models. I want what they are wearing!

Thta's my point! The key to being a great model is to sell what the designer's created.
A model has just as much stake in selling the dream of the outfit to you as the designer does.