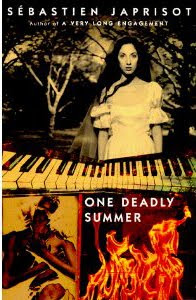 It’s simply a matter of propinquity, but lately I’ve discovered a lot of great crime novels and movies this past summer, all produced in France. Nobody renders crime stories the way the French do. Their slant on noir is unique for two reasons I can think of:

1. They are the biggest fans of noir, bigger than America. Writers like Cornell Woolrich, Jim Thompson and David Goodis have enjoyed greater popularity there than in their home country. Many American noir novels have been adapted into film on a routinely regular basis, so as a result their influence on modern French crime writing is considerable; and, 2. The French have always suffused their noir with erotica, so in addition to all the cold-blooded misanthropy the story-telling serves heaping dollops of sex. Many of the books and movies listed below have strong sexual activity in them that serve the stories well. One of my discoveries this past summer was the works of Sebastien Japrisot, a highly successful, award-winning writer who’s virtually unknown in the United States. That’s a shame, because he’s a brilliant story-teller and deserves to be read by more people. My favorite books by him are: One Deadly Summer, the tale of a beautiful but amoral girl who moves into a small town and marries into a family that she believes played a role in brutally attacking her mother. In the course of her revenge there’s lots of Brigitte Bardot-styled sex shenanigans. Trap For Cinderella, a tale of two girls, one rich and beautiful, the other poor and plain, trapped in a house fire in the South of France (where else?). One girl survives with her face reconstructed and her memory lost. Which girl survived the fire? An inheritance of millions is at stake, so if the poor girl survived she’ll require lots of training from an insane female guardian. The Lady In The Car With Glasses And A Gun, a timid yet beautiful secretary drives off with the boss’s expensive American convertible, picking up hitchhiking gigolos near the South of France (here we go again!), having her way with them and finding a dead body in the trunk of the car. 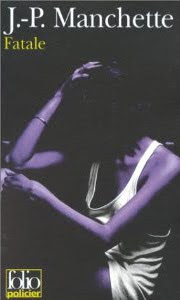 Another great crime writer is Jean Patrick Manchette, whose novel Fatale is the bizarre tale of a female hitman losing her grip on sanity. She stops in a small upper-class village and foregoes the chance to blackmail the richest citizens after having a meltdown and simply kills them methodically, one after another. This one also had some surreal touches in them, as well, like the professor who serenely urinates all over the banquet room wall in one chapter.

Right around this time I also caught TCM’s Summer Under The Stars series on the day they highlighted crime star Jean Gabin. They screened Jean Renoir’s classic film, La Bete Humaine (Human Desire), a great noir with a brilliant performance by Gabin. The film has a recurrent theme of a speeding train during scenes of murder and lovemaking. The love interest is played by Simone Simon of “Cat People” fame, and she’s also very good in it. 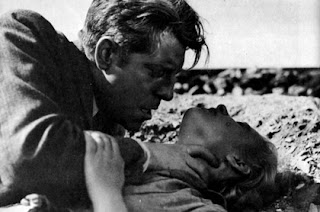 Another Gabin film I saw was Georges Simenon’s The Night Affair, a hipster noir about a police inspector who falls in love with a strung-out jazz singer who frequents a beatnik night club. Made in the Fifties during Gabin’s older years, it has that weird French underground vibe with a TV detective show vibe (think “Johnny Staccato”) combined. I liked it a lot, and of course there’s lots of sexy Fifties gals like Nadia Tiller in it to keep it French and noir. The French love for noir is the stuff of legend. Film critics have always professed their love for film directors like Anthony Mann, Robert Aldrich (“Kiss Me Deadly” being a big favorite), Sam Fuller, and many others, while upper-echelon directors like Francois Truffaut have directed noir classics like “Shoot The Piano Player”, “The Bride Wore Black”, and “Mississippi Mermaid”. I really like the French spin on noir and intend to investigate more great stuff that hasn’t enjoyed enough popularity in our country. What we take for granted here in the States is a revered genre in France, and sometimes we need the superfans to remind us what an important art form it is. 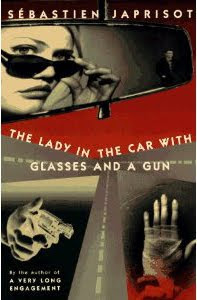 Sounds like good trashy reading. Will you please write another story?

Thanks, there'll be a new serial in a few months.