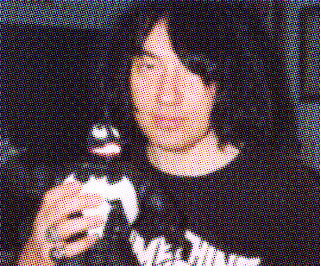 It's been said that one of the the brilliant things about Thelonious Monk was that he knew what not to play in addition to knowing what to play, which believe it or not most musicians don't understand. Many of them just run off on their instruments without editing or leaving out something that might sound lame.

The same can be said about writing; Most writing is simply people running off at the mouth (or word processor) without realizing how awful they truly sound. With that in mind I grappled with a dozen topics I wanted to write about, such as:
1) Scarecrows: Nicer Than Real People
2) How Hollywood Boulevard And Las Vegas Will Make You Hate America
3) Show Business, All Business And No Show
4) MySpace: Elephants' Graveyard for Desperate Musicians

The list of unwritten topics goes on and on. I could give you a longer fucking list of what I should be writing about, but three sentences in and I run drier than an old circus clown. Either I'm blocked or my inner editor says "it's just not interesting enough". See you next week. I'll have something insane for you by then.
Posted by Andy 7 at 5:53 AM