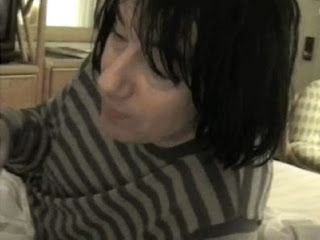 Every Sunday my Uncle Alex would have cooking parties with his sixty-something Hungarian bachelor pals, just about supper time. The boys would come by with their favorite cooking ingredients and cook up a storm in his kitchen while the old Hungarian creaky vinyl albums would be turned up Metallica-level loud. They'd bust out a bitter Hungarian red wine named "Egri Bikaver" (translated: "Bull's Blood").
The cooking party would begin with the sappy records playing and all the dudes talking about the good old days in Budapest and how they miss it. Then they'd brag about all the Hunk chicks they fucked, I got a good chuckle out of that.
In between Cold War locker room tales they'd race in to the kitchen and check up on their dishes: Stuffed Bell Peppers with Rice and Pork, Paprikash Chirke (Chicken Paprika), and of course Goulash (the heavier, the better). Gotta keep that sturdy frame ever sturdier.
Of course the Bull's Blood took it's toll as Hungarian time marches on and the next thing you know some of the boys got a little sarky with each other and fists started flying. Uncle Alex had to step in and stop it-it would get stopped. Alex was a motorcycle mechanic from the old country from way back and even the bikers in New England were in awe of him. His thumbs were all smashed in from mechanical accidents and he walked with a permanent limp from hydraulic jacks mangling his body 100's of times. But he still kept stomping about, and would wind up breaking up countless fights between the guys.
Our dinners would end up with some of the guys bruised from the fights voraciously eating their heavy but tasty Hungarian dishes. These guys cooked like the fucking devils they were. I miss those guys!
Posted by Andy 7 at 3:37 PM