Does This World Make Me Look Flat? 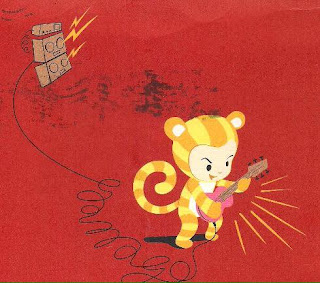 When I was a kid I went to my music school's talent show. It was a fairly dull affair; lots of classical piano pieces, a homely girl on clarinet, even some operatic aria.

Just when all seemed lost, however, the big finale was worth the trip: ten boys and girls came out with electric guitars and music stands to perform Heartbreak Hotel. It was absolutely glorious. Half the guitars were out of tune, louder than sin and no one played in time with each other. It was the most no wave thing I ever heard, DNA, Mars and Theoretical Girls be damned.

On a separate note, I don’t need to go into laborious detail about the bizarre victory of a highly unstable and unqualified man for the most coveted position in the free world, the President of the soon to not be United States. Get ready to see reversals of everything resembling remedial thought, including the concept of the World being flat. Science, along with our natural resources will be taking quite a beating for the next four years. I’m sure even Isaac Newton’s theory of gravity will be destroyed by these imbeciles in the years to come. No one is safe.

How will that affect art for the next four years? I suspect that there will be a lot of artists playing it safe out of fear of the new bully regime. On the other hand I suspect we’ll see more Joel Greys than ever, artists becoming more decadent and defiant as a form of revolution. 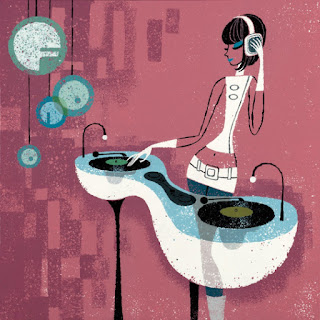 Am I the only one who nurses a strange nostalgia for obscurity? Thanks to the internet, nothing can honestly be branded as obscure anymore. What I’m referring to is a day and age in my childhood where tons of data couldn’t be gleaned from a computer and had to be simply discovered. Case in point, when I’d take a bus up to Hollywood Boulevard and I’d walk up and down the street and its many side streets, an endless labyrinth of old pulp magazine stores, magic shops, stores specializing in Eastern herbs (not yet approaching the mainstream as this was 1966), and even the odd witchcraft store with black candles. Bereft of any advertising, one had to roam through the Hollywood jungle to discover all these esoteric shops.

But all the mystery and kink of Hollywood Boulevard is gone, now, it’s just a jumped up Disneyland for tourists with the odd teen runaway wearing a Misfits t-shirt. Kids nowadays don’t even have a clue who Sid Vicious is, even. That might be a good thing. Maybe Sid can finally rest in peace.

Speaking of Syd I’ve posted a picture of the late Syd Barrett in the autumn of his years. I find the photo interesting, probably because the resemblance to Brian Eno is more than coincidental. Barrett was definitely a big influence on Eno during his Taking Tiger Mountain/Another Green World period, China My China and Third Uncle, for example. Kink and mystery, kink and mystery…it’s all over now. 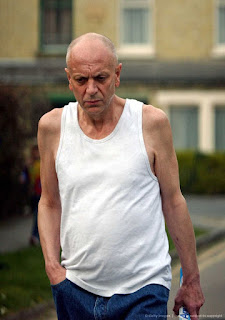