My Goat Can Totally Beat Up Your Goat 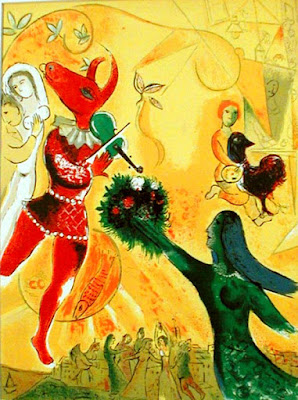 A few decades ago I attended Los Angeles City College to study the art of screenwriting. The teacher wasn’t very good, in fact he was rather lazy and instead of instructing us how to write for film he merely had us write our scripts and then have us read it to the rest of the class. Groan. This wasn’t screen writing, this was a bad creative writing class.

What kind of scripts did my classmates write? One graying pipe-smoker of a fella wrote a coming of age tale which took places in the Fabulous Fifties and included slow motion scenes of wrist cutting and other suicidal rituals. There was also tedious dialogue between man and woman about “going all the way”.

Another classmate wrote about a plucky woman trying to make it in the food catering business. It wasn’t very funny and it almost read like a diary of her working day. While she read I stared at her metal braces and concluded she looked a bit like a shark.*

What’s the point? Well, sometimes when I read social networking sites it reminds me of that screenwriting class. Everybody’s got something to say but they’re not saying it very well. The irony is that everyone has a great story to tell, but they usually need someone else to tell it for them. Illiteracy breeds inarticulation.

I enjoy watching videos of writers discussing how they plot their story. I like the ones from Harlan Ellison, Kurt Vonnegut Jr, etc. I skipped the one from Joyce Carol Oates because her stories take forever to get going and her advice meandered just as badly. Stephen King’s advice is better than his actual writing. Paul Auster was drawn out and boring I had to turn him off after five minutes. He just took so long to get to his point. I wonder if he ever took a screenwriting course.

Charles Bukowski inadvertently gave advice in his German TV interview when he criticized other writers, saying that very sentence should move the action further and that overly describing things was deadly. A similar remark was made by Alfred Hitchcock when he was interviewed on The Dick Cavett Show. Films should be about action, not second unit footage of the scenery and the sets. Keep things moving!

I’ve always been accused of writing too briefly and not being too overly descriptive. This is good. This means I lie in the Buk/Hitch camp of storytelling. Keep things moving! Do you really want to read three hundred pages of this:

“You know, I was contemplating the early years of my life, those summer years of red sky dawns and cold frost forming on the windows of my Northeastern home. The newsboy pedaled by our house in his new Schwinn, throwing the paper with his expert right hand. Father read the news at the breakfast table as Mother prepared a hearty American breakfast of bacon, eggs, toast, erc………………” The scary part is reading books where this prattle goes on for pages and pages. You want to cut your throat reading it.

Yes, my writing is very tight and spare. People want you to get on with it. Time is tight. If I ask you to describe an automobile accident nobody wants to know what everyone wore or how big their noses were. I want to know who did what to who and how did one car hit the other one. The name of the game is action. As in movies, so in writing.

*By the way, my screenplay was pretty bad, too. Six months after I wrote it I burned the stupid thing, but I do recommend you try writing one to get a fine appreciation of dialogue and scene staging. It will help your writing.