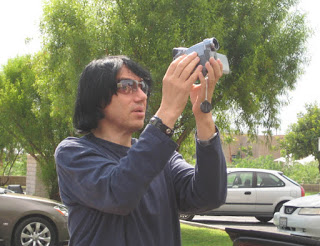 Just the other day I had to drop something off by the UCLA campus. So many young, beautiful people walking around. I couldn’t help but notice that all the students walking around were either talking into their cell phones or staring into them, scrolling for something, anything, oblivious to what was in front of them. It was weird, like horses with blinders on.

Did anyone even stop to look at the people and buildings around them? Were they so absorbed in their own little world did they forget to lookup and listen to the sounds of the street? The really sad part of it all is that some of these people are artists and musicians, and they’re deliberately shutting themselves off from all the sights and sounds around them. Like horses with blinders on, only horses are more observant.

Summer means fun, which means more concert going than I have in a long time, tinnitus be damned. Judy Henske will be performing for the first time in years, so that’s pretty special, then there’s PJ Harvey and her ten-piece band (!), and then The Kills are playing in early September in support of their new album, Ash & Ice. They’ll be playing at The Wiltern, a theater I used to go to when they actually showed movies. I saw Willard there in 1971. I’ll also make my annual pilgrimage to Irwindale Raceway, which I go to once a year.

Summer also means a new Andy Seven book release, and this year will be no exception. I’ll provide more details in a few weeks. I’m pretty happy I’ve been able to release four books in four years without delay. I have a lot more stuff on the pipeline, so there’s no sign of my stopping anytime soon.

Next month marks my one year anniversary of being on Facebook. I’ve sold more books since getting on that site, but in all honesty I’m not much of a fan. Some of the people who have sent me friend requests are fans of my old bands from the past, so that’s pretty cool, but then there are all these strange people.

There’s that one guy from England who always posts shit about killing all Muslims and then sends me invitations to play some infantile computer game for him. What a nut. Then there’s the guy who always posts ugly psychedelic fractal images on my wall. Who cares.

And then there’s an endless line of clowns who refuse to accept that the punk era is over and there are new bands that are better than their old punk heroes. Nothing says “I’m old” more than obsessing over The Ramones or The Stooges. “We refuse to listen to dubstep; that’s not REAL music”. Yes, it is. Grow up.

Sometimes I think Facebook is like The Tower of Babel where everybody’s talking and no one’s listening, and it all crumbles into fighting because nobody can agree on anything. Suck on that, you trendy atheists. 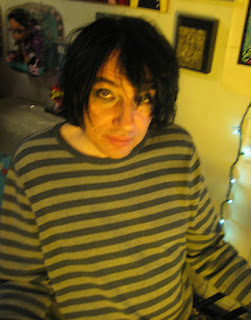