The Day The Mannequins Frowned 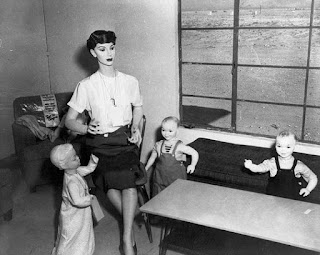 Sometimes you get so busy you're the last to know. Case in point: In late June of this year Out Magazine reported the closing of International Male and its offshoot Undergear. I didn't know! I was wondering what happened to all the perpetual emails and monthly catalogs I used to receive in the mail. They just stopped coming, and I never knew why.

People had a good laugh over International Male, and for good reason. A lot of the fashions in the catalog were gaudy and ridiculous, with models striking poses even more absurd than the clothes. Unfortunately there were the odd things here and there which caught my eye. An occasional gem, like the nice black leather pirate coat, which I still have.

There's also a pretty cool pair of jeans I bought from them with big industrial zippers in the front and rear pockets with heavy stitching a la True Religion jeans (at a fraction of the price!). And what can I say about Undergear but that I bought a lot of great bikinis from them.

On the minus side, their mail order was outrageous with exorbitant fees tacked on to your order, i.e. California state taxes, shipping and handling, if ordering more than 3 pieces add an additional $5 (on top of everything else!), etc.

With special charges costing almost as much as the items themselves it was time to look elsewhere like Chi Chi Larue, Showtime and other men's clothing boutiques in West Hollywood. Other customers had similar ideas about blowing off this increasingly out of touch with the times online men's boutique.

I got a kick out of getting those catalogs but I'll continue buying my bikinis from International Jock, Pistol Pete, Nasty Pig and C-In2 mail orders, all of them cheaper than Undergear. And then there's al those great sites from Korea, so goodbye International Male and Undergear. It was fun while it lasted!

H&M's probably the strongest premium fashion outlet for men (next to the awful Uniqlo) and one of the reasons is their collaboration with high end designers for a powerful limited edition they can sell to their faithful customers. This year H&M chose Balmain as the designer to carry for their limited edition line. Oh, dear.

Before the clothes hit the stores a hokey video featuring a Kardashian-Jenner doing some subway dance was dropped online, like Balmain really even needs to go there in terms of hype. But hype it did and hype it happened.

When the clothes finally lined the shelves in early November endless lines of shoppers hit the stores with many being turned away. H&M's website crashed due to heavy traffic and needless to say, eBay already has some of these babies up for bidding. Personally, I find some of the styles underwhelming and not worthy of all the hype. But, still it's Balmain.

One fashion outlet that can use a lesson or two from H&M is The Gap, who are already predicting a sluggish final sales quarter of the year. The Gap, just like International Male, is stuck in an old era and shows no signs of updating its image. The last time I walked into a Gap the clothes looked like everything I saw the first time I walked in there 20 years ago. American Apparel's still on its last legs. In terms of clueless outlets, can Urban Outfitters be far behind? 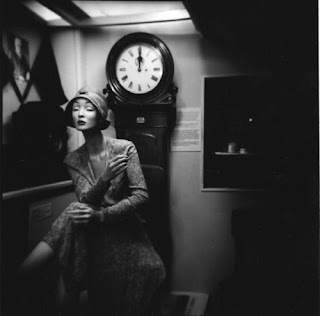