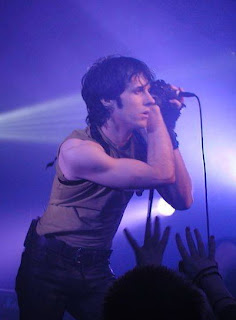 One of the most exciting artists in music today, Alec Empire has been recording and producing music for over twenty years, and is still more contemporary and alive than most music being produced today. An Alec Empire record could be electronic, it could be punk rock, or it could even be very ambient in the Brian Eno mode. One thing's for sure, Empire is one of the most unpredictable (read: uncategorizeable) artists in music.

My introduction to Alec Empire's brand of sonic skronk came not from his popular band Atari Teenage Riot, but from a wild compilation series of electronic noise, "Electric Ladyland" (no connection to the Jimi Hendrix album). Tracks like "Caucasian Death Mask" and "Naive Fake Jazz" as well as his brain scraping collaborations with New York band Techno Animal got my attention. All this and more guaranteed groove based musique concrete and ear blasting dubstep workouts.

Seeing the name Alec Empire over and over again provoked further investigation into this character and finding out that he also made some insane rock records, like "The Golden Foretaste of Heaven" which features the great "New Man" which sounds like Gary Numan with deranged Iggy Pop vocals (currently on my jukebox to the right) and "If You Live Or Die". There's still lots of great electronics, more of a rock action beat going on, with Empire crooning nihilistically all over the mess.

"Futurist" is a more punk album, giving substance to his Digital Hardcore manifesto. His brand of Digital Hardcore is way more punk than Ministry or Nine Inch Nails. The hardest tracks are "Gotta Get Out" and "Overdose" with his screaming and synth screeching ripping your skull clear off your neck in 3/4's of a second! A completely different release is "Shivers", more groove/dance oriented with the standout track being "Baby Skulls", a cold hard look at the fascist attitude of the United States Government and its overbearing and invasive foreign policy, dressed up as peace and freedom loving. In a pig's eye.

After all this Empire worship I finally decided to go back and listen to his main project Atari Teenage Riot, and while I still find some of the punkism a little too Hot Topic I still think it's more admirable that the band play at Anti-Nazi rallies and every so often the band bust out a wild jam like "Revolution Action".

If you don't know who Alec Empire is I strongly urge you track his stuff down - he's definitely not hiding in a cave, he's out and about on Tumblr, You Tube, Twitter, Facebook and other digital watering holes for your review. The guy's not too shy about switching styles so there's something for everybody to enjoy from him, and if you don't try I'm going to get in your face about Amon Tobin, Kid Koala and DJ Spooky. 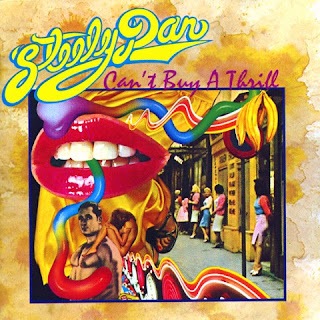 When I think of the Seventies and all the darkness I went through following the loss of my parents which introduced me to my teenage years, two songs haunt me even to this day: Blue Oyster Cult's "Don't Fear The Reaper" and Steely Dan's "Do It Again". Both songs appeared as if bookends during different sides of that decade, "Reaper" in 1976 (pre-punk) and Steely Dan in 1972 (pre-glitter). This is no coincidence as both songs almost seem to be waiting for those two powerhouse trends to finally manifest and bring on the fun, but until then...we have these two brilliant but sad songs to fill in the pleasure void.

BOC was ahead of their time with the "Agents of Fortune" album, forerunners not only of punk but of goth music as well. Dark themes of ghostly apparitions (The Revenge of Vera Gemini), S&M (Dominance and Submission), black magic and even Joan Crawford were explored by the band and it was a lot less broad than Black Sabbath's take on darkness.

Steely Dan were just plain weird and conjure up so many memories of teenage years going to West Hollywood and meeting hustlers, mentally disturbed teen runaways and trannies - Ricky Don't Lose That Number, indeed - at Arthur J's and The Other Side aka OS and seeing The Deadly China Doll perform. The haunting sounds of "Do It Again" conjures up a sleaze stew equal parts Jean Genet and William Wellman's "Wild Boys On The Road". Sex was still scary and homosexuality was even scarier, naked men with awful sideburns and hairy bodies! Steely Dan captured that cocaine meets that Locker Room butyl nitrate stench down Santa Monica Boulevard groove with "Do It Again", the tale of a loser who dabbles with the seven deadly sins, Drug Addiction, Alcoholism ("you'll be on your knees tomorrow"), Murder, Gambling ("you must put your cards on the table") and the whole damn thing.

With all the talk about the wheel turning round and round and a sitar solo you know there's a Hindu higher power beckoning from behind the curtain, evidence in their rockabilly jazz classic "Bodhisattva". Just think, The New York Dolls were also waiting in the wings to make life fun again. It's all too much!