The File On Trixie Andersson 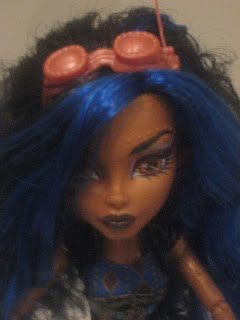 After the final, legendary show Garbage Truck played at The Glitter House the disappearance of Griff, leader of the band has been fraught with weird rumors. Many have said that he simply vanished from the punk rock scene after that last show along with his girl friend, the equally legendary Trixie Andersson. We sat down and talked to her about life after Garbage Truck.

Ms. Andersson looked happier than usual and was dressed in her favorite outfit of leather jacket, GBH t-shirt, leather mini skirt and black patent Doc Martens boots. She also had a button on her jacket that said, "Hell No I'm Not Rosario Dawson".

I: “Thanks for sitting down with us, Trixie. How’s life, or more importantly, what’s that bright, shiny stone doing sitting on your finger?”

TRIXIE: “Well! Andy, I thought you’d never ask. My hot boy Griff and I married about a week after the show and we’re both now living in semi-agoraphobic seclusion. Of course, this hasn’t prevented idiot scenesters, assholes like the guys in his band and that tired, old queen Dead End Kyle from spreading slanderous bullshit to sully MY GRIFF’S reputation”.

I: “Wow! Whatever happened to those guys in his band? Did they stay together after he supposedly disappeared?”

TRIXIE: “Ugh! Lady Godiva’s Operation, the sub-Sub-SUB-standard flop band run by dumb Bradley, Bert and ugly Bobby went on a tour of small-town colleges under the name of Garbage Truck. Can you believe that shit? Obviously a last-ditch attempt to cash in on Griff’s reputation, loyal fans demanded their money back when they realized Griff wasn’t performing - and those jerks only played two Garbage Truck songs, anyway. When Fritz-Franz Klein complained about the band’s lame decision to tour under a bogus name they coldly kicked him out of the tour van, dumping him and his drum set in the middle of the Mojave Desert. What a bunch of assholes!”

I: “Let’s talk about something far more interesting, like your career”.

TRIXIE: “It’s high time, Mister! Thanks for asking!!!! I’m now a pretty damn successful clothes designer in Hollywood, employing my hot new husband Griff as my assistant. Together we design cutting edge fashions we sell on Melrose, we’ve been on German and Italian TV and, and, AND, we’ve put on high-profile fashion shows on the fetish circuit, much to the ignorance of stupid fuzz guitar lovers”.

I: “I heard Dead End Kyle of Paint It Black Records badmouthed Griff saying that he’s living out on the street like a homeless bum”.

TRIXIE: “Yeah, did you ever hear anything so stupid in your life? If my Griff is homeless that what am I doing living in a nice apartment with a working, constantly ringing phone? The scary thing is that there’s people retarded enough to believe that moron”.

I: “Well, life hasn’t been the same since his wife divorced him after catching him having sex in a Jacuzzi with one of his garage band discoveries”.

TRIXIE: “And it wasn’t one of those untalented Japanese girls he’s always hawking, just some garage rock boy with pimples. HAW!”

I: "Can you give me a brief rundown on where you guys live and what it's like?"

TRIXIE: "We live in a one bedroom apartment in the Miracle Mile District, so very black career girl-type area. The so-called living room has my sewing machines, power tools, art supplies, so on and so forth stuff. The bedroom's more like Griff's laboratory with guitars, a synthesizer, amplifiers and his cool-ass trumpet. And of course, our comfy sofa bed, TV, videos, toys and crap. I have my own vanity alcove for make-up and glam fashions. Not bad for an allegedly homeless guy, huh?"

I: “Some people said you guys wouldn’t last. What do you say to that?”

TRIXIE: “What do I say to that? Those wrinkled old hookers Kitten Claws broke up last year,okay? Java The Hut closed down after the owners had a drug-dealing hissy fit but Griff and I are still together, maaaan. Add it up, folks!”

I: “Well, the bigger the hype the harder the fall. Didn’t Dale Cryer become a big star for five minutes?”

TRIXIE: “Andy, it was the most boring five minutes of all time! After he burned everybody in Hollywood and then weeped like a baby for having Hepatitis-C the whole town dropped him like a smelly, rotten potato!”

TRIXIE:“No, he’s just a thief and a born liar. He told everybody in town Griff was homophobic. Talk about sour grapes! Go steal somebody else’s small change, Cryer. There’s a 12-pack of beer with your name on it, if they make beer called LOSER-BRAU”.

I: "What's with the Rosario Dawson button on your jacket?"

TRIXIE: "I was at a club minding my own business, i.e. drinking a beer and listening to some raging hardcore when these two white heshers with tattoos and piercings, a Henry Rollins crush couple, came up to me and sheepishly told me I looked like Rosario Dawson. Before I could say anything they ran off like a pair of scared rabbits. What the fuck?"

I: “Thanks, Trixie, it’s been great talking to you. You’re still the coolest punk rock girl I know”.

TRIXIE: “Thanks right back, Andy doll. I made this rad studded belt for you, and Griff made this blue patent leather bracelet. Hope you enjoy them. Loyalty has its privileges and you’re the best friend we ever had! Our pals are the best and fuck the rest”.