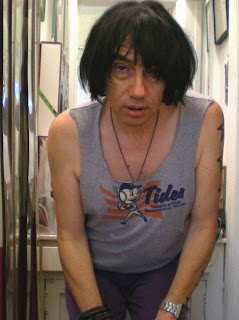 I’m not one to toot my own horn or celebrate myself incessantly like most people on the internet do, but today marks the publication of my 300th blog post. “Out Demons Out” has been running on a weekly basis since 2007, and it’s come a long way from what it once was. When I first started the blog the majority of my entries consisted of song lyrics, random food & nightclub reviews, old short stories and bizarre memoirs of a disturbed adolescence that wouldn’t go away.

Since then three serials have been published with more on the way. What makes my blog different from many is that I’ve almost avoided any topics that are too popular or obvious, like photos of Marilyn Monroe or Jayne Mansfield. It kills me to see people blogging pics of those overexposed whores and then thinking they’re actually doing something creative. To add insult to injury these bloggers think they’re celebrities and actually have a following. It’s only a blog, asshole, come down to Earth.

And speaking of following, I think it’s funny that I only have 35 followers (and by the way, thanks all 35 of you, you guys are great) and yet an average blog gets about 200 hits. Somebody’s reading this shit whether they want to put their name to it or not. The walls might have ears but the web has eyes, invisible ones at that.

As of December 2012, the three most popular blog posts on “Out Demons Out” have been:
1. The Parker Posey birthday tribute, which makes her a bigger movie star than many people think.
2. The GTO’s tribute from Rolling Stone Magazine. I liked that one, too.
3. The New York Dolls – Creem Magazine glam tie-in from 1974. That one had a lot of style.

Ironically the next biggest blog post was the “Bibles And Blueprints” serial chapter from “Crash Walker” which was about Crash visiting his estranged father, a former aerospace industry designer who has clearly gone insane. Apparently there are people who assume the title somehow refers to certain religious sects that need diagrams of weapons for some form of malicious mischief. Sorry! It’s just about April Van Winter singing “Talk Talk”.

The purpose of a blog should be one of two functions: either to serve as a sort of online diary or progress report on someone’s accomplishments, whether it’s in art, writing or music, etc.; or to serve as a journal of favorite movies, photographs, books, etc. As far as my blog’s concerned, my reviews are simply a fan’s notes and shouldn’t be seen as anything particularly factual or educational. It’s just me talking about what I like. Pretty revolutionary, huh?

One of the great things about writing a blog is that you can express yourself freely without bearing a rainfall of shit as you would on a message board, where very opinion is fair game for attack. After several years of being ripped open on message boards I finally took the hint and avoided them for the rest of my life. There isn’t enough self-hate in the world to get me back on a message board on any website.

As long as we’re on the topic of reviews, I just wanted to say that the best album of 2012 was “12 Bit Blues” by Kid Koala, a brilliant postmodern amalgamation of old blues styles – Chicago blues, Delta blues, Ragtime blues – and turntable cutting and spinning. It’s a brilliant accomplishment and worthy of everyone’s attention. 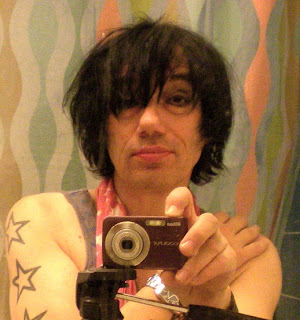 Happy Birthday to yooouuu!
I love all of your fiction, then again I loved your reviews you wrote for Yelp and Amazon. I think you could review a phone book and make it interesting. Looking forward to seeing what you are going to write about next.