I Was A Juvenile Delinquent For The JDL 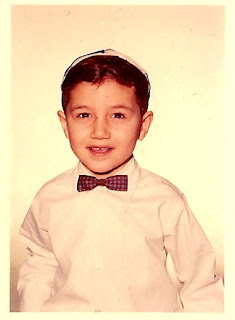 In 1972 I went to Rambam Torah Institute, a division of Yeshiva University. Not a big school, but infamous in teenage Jewish circles. When word got around that Rabbi Meir Kahane was scheduled to speak at our school you could have knocked us over with a feather. Rabbi Kahane was a legendary figure in the Jewish scene, one who was controversial in a world that disdained controversy. Orthodox Jews, for the most part, want to be left alone in their own little world and don’t want to rock the boat, but Rabbi Kahane couldn’t rock the boat hard enough. He was fed up with Jews being depicted as eternal victims and punching bags for every angry minority that needed an easy target for their frustration.

In the late Sixties there were too many incidents involving Jews being attacked in New York by rabid minorities deluded into thinking that Jews were meant to be shoved into ovens for the rest of their lives. Rabbi Kahane was angry as hell and fed up with this shit, forming the Jewish Defense League and fighting back every Anti-Semitic dickhead in New York. He was coming to LA’s most psychopathic yeshiva ready to recruit a West Coast chapter, and I was in on the ground floor.

Our assembly hall was a tiny chapel at the top floor of the school. When you looked out the window all you saw were clouds, birds, the sky and the sun. Nearer thy God to thee. As we filed in Rabbi Kahane was already on stage, nervously pacing up and down. Instead of seeing an old codger with a long, white beard I saw a dead ringer for Tyrone Power in “Nightmare Alley” (with a yarmulke).

“An elderly Chasidic Rabbi was attacked by three Puerto Rican thugs as he was going home from shul on Erev Shabbos (Friday night). Jewish Defense League members saw this happening and fought back with baseball bats. The police arrived at the scene and arrested these criminals who had a history of robbing and beating innocent citizens in the past. The Holocaust was a despicable chapter in Jewish history and has unfortunately given the goyishe (non-Jewish) world the mistaken impression that we’re chronic victims. Well, the JDL is here to show that Jews aren’t targets for anyone.

Just like the Maccabees we believe in fighting back. Our motto is ‘Never Again’ – never again will we allow goyim to attack our people, and in keeping with that philosophy we have neighborhood watch groups patrolling yiddishe neighborhoods like Crown Heights , Queens, just like the Guardian Angels. We’re here to expand our chapters nationwide. Volunteers are encouraged - a sheet will be passed around for signing. I look forward to each and every one of you volunteering for this great mitzvah (good deed) – the mitzvah of protecting the world’s oldest civilization from being crushed by vicious criminals. Yasha Koach (more power to you”.

Of course, I signed. A lot of kids signed but many “disappeared” from JDL activities, partially out of apathy and some because their parents hit the ceiling after hearing about their new commitment (ha,ha). The first JDL activity was at the Hillel Hebrew Academy (9120 W. Olympic Blvd.) gym for Boxing Class. Teaching skinny yeshiva scholars how to fight. As we filed in a very non-Jewish looking pug was skipping rope furiously, kinda showing off if you ask me because he kept at it for five minutes after we came in. Once he got bored being the Big Man of the Gym he paired us all off and had us put on boxing gloves.

“Okay, kid, you cover your face like this with yr. left glove, and then you hit, Hit, HIT with yr. right. That’s the way, champ! Okey doke!” he instructed in his Texas beat-down drawl. I was paired off with a kid I used to see leaving the Reiss-Davis Childrens Institute, a sort of psychiatric clinic for disturbed Jewish kids. I know cause I went there myself. We squared off and this nerdy kid with the crazed elf face started swinging wildly and punching everything in sight, my shoulder, my arm, my collar, my ribs, everything but my face.

“Punch harder, kid, harder! Aim harder!” the Dallas nutcase roared, jumping around like an epileptic referee. Since this monkfish swung with both arms and didn’t cover his face I took a clear right hook to his cheek and flattened him. The horse trader made a disgusted face because he didn’t want me to win, so he pushed me away and spat, “That’s enough with you two! Next!”

Boxing lessons didn’t last long because the kids got bored and the check from the JDL probably bounced, so it came and went. We had bigger fish to fry, anyway. Dr. Linus Pauling was going to speak at a banquet held by the Russian Consulate in Hancock Park . We, along with fifty other Jews were there to protest the inhuman treatment Russian Jews were suffering by their government. Any Soviet Jew applying for a visa to Israel was arrested and placed in an asylum for the criminally insane, and the American government, not smelling a profit, typically turned their backs. We carried placards saying “Save Soviet Jewry” and “Let My People Go”.

We demonstrated in front of the building and chanted “Shame on you, Mother Russia” and “Let the Jews Go”. Russians spat at us and screamed at us in Lithuanian (Litvak), Armenian, Ukrainian, and every other Russki dialect they could think of. Bottom line, it was Anti-Semitic. When we chanted “Never Again” the color would drain from their faces because we were Jews who wouldn’t take it lying down. We had TV exposure on the news and Rabbi Marvin Hier, later of the Simon Wiesenthal Institute, commented on the protest. 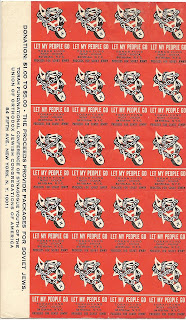 Besides raising the hackles of the Jewish community we also made enemies with the White People’s Party, headed by head Nazi Joe Tomassi. They were located on Peck Road in the city of El Monte, and they followed us around in their Nazi uniforms and their spaced out German Shepherds, too stupid to scare a six-year old. They even had a hot line you could call where Tomassi had his Hate Message of the Week, e.g. “Niggers are led by evil Jew devils to wreck schools and churches. We must stop their sleazy deviltry right now. My message next week: shipping those taco eating wetbacks back where they came from. Please leave a message when you hear the tone:” And of course we’d crank the asshole.

We managed to also get their direct line and crank them like crazy; because of our “deviltry” they had to change their phone number on a regular basis. We also kept track of every demonstration those pigs attended, at L.A. City Hall, at Olvera Street, they even tried to demonstrate at Jew Central, Fairfax High School. We ran up their asses and made life hell for them. It was a waste of time, though; if there’s anything Nazis do best its kill their own. Just like George Lincoln Rockwell was killed by a fellow Nazi, Joe Tomassi suffered a similar fate by being shot to death by a rival Nazi Party drone.

By the late Seventies/early Eighties my involvement in all things militant had waned. Shucks, punk rock was as militant as I could get back then. Besides, by that point in time, many civil rights groups like the Black Panthers, Womens Liberation, and the JDL evolved into such an extreme reactionary caricature of all the things that made them valid in the first place.

Many of the original followers of those groups moved away as quickly as possible because their original agendas had been replaced with an extremist slant. Rabbi Kahane spoke less about defending the Jewish community in America and more about racial discrimination towards black Jews in Israel. Whatever happened to the “defense” in Jewish defense???

But the most horrifying vision was in 1981 at a Passover seder where I saw some punk-ass creep bragging loudly about his work with the JDL, his voice rising to get attention. I finally turned around to take a look at an ugly kid with a yarmulke in a brown shirt, a little moustache, and his hair parted to the side almost resembling Adolf You-Know-Who. Here comes the new boss, same as the old boss. L.A. got its own JDL leader, too, the unfortunate Irv Rubin. Irv meant well when he wasn’t screaming at everyone and shoving them out of the way, which was fairly often. My last memory of him was when I was waiting for a bus on Fairfax and espied him chasing some stupid black kid down the street because he made the mistake of grabbing some kid’s yarmulke within ten feet of Rubin.

Violence begets violence, of course: Rubin ended up brutally murdered in County Jail. Kahane was assassinated in a New York hotel by one of the Palestinian rats that blew up the World Trade Center parking lot in 1993,and Kahane’s son and daughter-in-law were ambushed by Palestinian terrorists. So now you ask me, was it worth it? Was all the fighting worth it? Absolutely. Before and even after Kahane’s death there are too many Jews that refuse to fight back or even stand up to discrimination. The world gets too comfortable accepting the fate of a race that too often has been beaten down, and we need more leaders that teach us the importance of self-defense, because birds do it, bees do it, even Jews must do it. Never again. 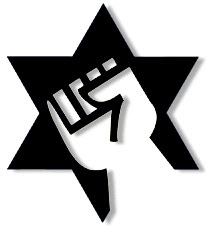 I don't think a boy that innocent looking could grow up to be a hellraiser.

Never judge a book by its cover, hon.