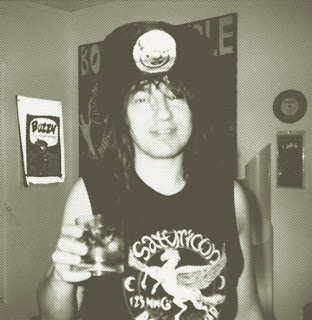 Bad parties can be more legendary in one’s mind than the good ones. In fact, if you asked me what the three best parties I’ve been to were like I couldn’t even tell you, but the terrible ones are relegated to immortality. I don’t know if my terrible parties beat yours, but these ones are unforgettable…in every bad way possible.

There was the “Pimp and Ho Party” in the Hollywood Hills, the real swanky part of the Hills, too, valet parking, luxurious digs and all. It looked promising until Rebecca and I realized we came from another generation. My pimp look emulated some Cab Calloway fifties greaser pimp – every “Pimp” however went for the Fifty Cent rap star look. I was totally out of place. Rebecca went for the “Sweet Charity” slut look – every “Ho” at the party looked like some two-bit Pussycat Dolls wannabe with clear heels and clear French nails. Yuck! To add insult to injury it turned out that these weren’t just ordinary film crew folks, they all belonged to some EST cum Scientology cult. Help! People were telling Rebecca about “The Revision” and how it changed their lives. “The Revision” put them on the right path on the condition they tithed 25% of their earnings to this cult. What a pity, the house was so beautiful and the drinks were good, but the company was Hollywood scary.

I also remember Emma’s Penthouse Magazine “Pet of the Month” bash in the Hollywood Hills again – does that guarantee schmaltz? Don’t worry, we’ll get to Silver Lake pretty soon, it was in February and raining cats and dogs. As soon as you ascended the stairs from the road the first thing you walked by was an unlit infinity pool. I almost fell in, but Rebecca grabbed me and pulled me away from a certain drenching. Unfortunately others didn’t fare so well, in fact when things got boring we would watch new party goers walk right in to the infinity pool, like some bad college prank. The house was packed with swingers, including some fried old British glam rockers with their old man faces arguing about New Wave cinema = not Thomas Dolby new wave, but Francois Truffaut new wave. There was dancing on the second floor, and in the bedroom by the dance floor there was some gross swinger orgy smelling like a tuna cannery. It was so bad our friend Renard had to stand guard by the bathroom so Rebecca could use the crapper. Renard had a great time though, his glasses kept fogging up from all the steamy shenanigans!

Sofia Coppola’s birthday party was a real fizzle, too, no blast, sorry Chief, and took place in her swanky digs in the You-Know-Where Hills. We took our friend Stefan – we always bring friends with us, we need our own entertainment – and after the Princess of Honor greeted Rebecca and snubbed Stef and I in her raging homeliness, we both looked at each other and in unison whined, “THAT’S IT?” The tantalizing princess of cinema? The other party goers were easily the prissiest load of snobs I’ve ever met, and that’s just the guys. The girls thought their shit didn’t stink; one of them even said aloud to her date, “I don’t like him – he’s creeping me out”, pointing at me. After a few drinks I started throwing the gross-out sushi toxic treats in the kitchen against the wall, and needless to say they stuck like Play Doh at Mother Goose Nursery School.

Okay, here’s a shit Silver Lake party for you: Chuck Mosley (ex-Faith No More singer) threw a birthday party for his daughter, a phoney baloney little brat who cracked the most rehearsed pissy smile I’ve ever seen. I couldn’t stand her, but not half as much as Chuck and his woman who proceeded to ignore me because I’m white but loved Rebecca’s negroid coolness. Every black guy in the place with their trendy bullshit dreadlocks improduced hisselfs to hers, and Gentleman Chuck gave her his newest CD, which sounded like every terrible Red Hot Chili Peppers ballad ever recorded. Two hours after we got home he called us and axed Rebecca what she thought of the record, and she said it sounded bland. Chuck mournfully announced to the Dreadlock Brigade over the phone, “Rebecca doesn’t like our record”. Ho, Ho, Ho!

If people catch wind of this blog griping about their crummy parties I’ll probably never get invited to them again, but that’s okay. If there’s one thing I’ve learned it’s that the best parties are with a tiny bunch of pals that don’t judge you and know how to simply chill and not work so hard at trying to be hard and superlative. It’s all about fun, not networking. I’ve already got a motherfucking job.
Posted by Andy 7 at 10:50 PM

my worst party involved a Costco frozen pizza and the Coyote ugly soundtrack, so you definitely have me beat. At the only Hollywood Hills mansion party I ever went to, My leg itched and I reached down to scratch it only to find a HUGE fucking cockroach crawling up my leg. Fuck you, Hollywood Hills.

Sometimes parties bring out my worst agoraphobic feelings, and the agoraphobia's getting bigger very day.

I met someone that belonged to one of those self help groups. She always babbled about nothing my ears hurt. Is that how they teach you to interact?

Think I'd rather stay home or work.

Thanks, Dusty. I know I should stay home with my endless supply of DVDs, records, and books but my rising sign is Sagittarius so I need to get my ass out once in awhile. Gah!