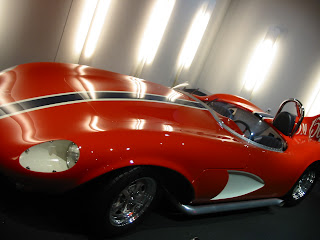 If there’s anything I hate it’s flying and it doesn’t necessarily have anything to do with the height or turbulence, either. To tell you the truth I’m pretty claustrophobic, and there’s nothing more claustrophobic than flying coach. The most recent plane flight I took was on Air Canada five years ago. I had to sit in the same cramped chair for six hours plus, utter torture. One-fourth of a day just sitting in one prone position, it was interminable. Next to an unwashed French Canadien guy who bit his nails and scratched himself like a rain dog.

The worst part was the flight back to Los Angeles, the first day of the infamous 2005 storm season. The plane bucked like a wild bronco through an unending blanket of gray clouds. You couldn’t stick your hand in front of you because the clouds were so thick. The plane dropped five stories every ten minutes, babies were crying and I squeezed Rebecca’s hand so hard she can still feel it! We finally landed, and landed hard. When the crew stood by the exit to wish us goodbye you could see the pilots with ashen faces. They knew how fucking scary the ordeal was themselves. I’ve never flown since.

So when we got the invite to a convention in San Francisco I said, “Hey, let’s take the train. It’ll be fun!” It was…for the first five hours. A train ride from Union Station (L.A.) to Jack London Square (Oakland) is about twelve hours, much too long to be sitting in a train. Then again, train rides whip plane flights any day. There’s tons of leg and elbow room, you can walk up and down the aisles all day without some stupid drink cart banging your ankles (the snack bar’s downstairs). There’s also a video game room, a great bubble window observation deck with wi-fi and bathrooms of different sizes: handicapped, one with a vanity table for the ladies in addition to the regular closets.

Train travel suffers from a Catch-22 problem, though. They’re very slow, but that’s probably due to the fact that many tracks haven’t been changed since 1921 or farther back, so until tracks get fixed and or upgraded train travel will always be slow and stodgy. But they are fun and very picturesque!

The best mode of travel is still automobile style. Driving to Arizona for eight hours to Rebecca’s art show is the stuff of legend. Each rest stop had a character of its own: one was so infested with killer bees, but when you gotta pee, you gotta pee. I ran like the wind, and one bee even managed to make its way in my car. He got out quickly, though. They’re pretty stupid insects, fuck that National Geographic shit. They’ll circle around a window for 3 hours even though there’s an open door next to it. Stupid motherfuckers. Thanks for the honey, assholes.

I also like the phantom truck stops, some with shower rooms, condom machines in the men’s room with the rubber vaginas for only 75 cents. Heh! The only flaw of course is that your right foot is paralyzed for the next week, cruise control or no cruise control. You still have to pump that pedal, baby. Stick your pedal to metal til your crazy score is settled: now I wonder who sang that tune? 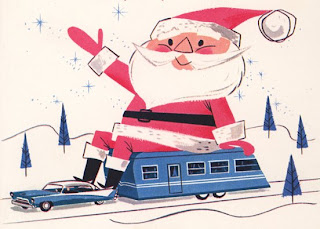 Your description of trains and planes made me feel like I was being smothered in a dirty sock.

For some reason, the updated version of this never showed up in my reader!

When I was 17, my best friend and I took a train ride from Union Station to Olympia, Washington, which took two full days. Those train seats are way more comfortable than planes, but they fucking suck to spend two days in.

Road trips are definitely the way to go.... so much fun!

Maybe Google reader doesn't do updates - I'm going to update my OTR blog tomorrow. I hope the updated version shows up on your RSS.