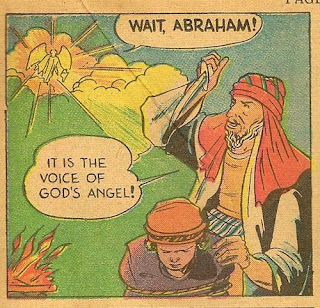 “Harvey, you should try believing in something bigger than yourself. It might cheer you up” - Toby, American Splendor

A couple of weeks ago in synagogue the Cantor read the festival scriptures from The Book of Genesis. It was the chapter in which God commanded Abraham take his son Isaac up to the mountains and slay him as a sacrifice. Of course an angel appeared to tell Abraham to stop because it was simply God’s test to see how devoted he was to God’s commands. As I listened to the tale being read, two things entered my mind:

1. I thought about Michael Tolkin’s film “The Rapture”, where Mimi Rogers changes from her sex-addict lifestyle to become a born-again Christian, the story culminating in her taking her daughter to Joshua Tree and killing her as a sacrifice to God.
2. Abraham, who was an incredibly remarkable man did things that were beyond eccentric to prove his devotion to God. For example:

In addition to being asked to sacrifice his son for God, he was also commanded to circumcise himself, which began the Jewish custom of circumcision. Imagine the faith he had to do that to himself! He followed suit without questioning God. He did, however, question God’s judgment when he was told Sodom and Gomorrah was going to be destroyed. A non-violent man, Abraham bargained with God as to how many people can possibly be spared from what became extremely violent devastation. 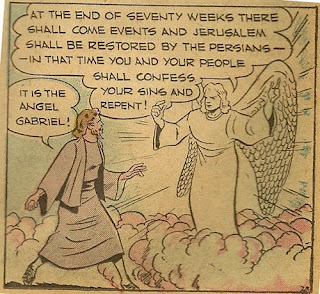 When you take into account that this is a man who existed at a time when the concept of God didn’t even exist, Abraham either appears as a genius or a full-blown eccentric comparable to a street person. God had him pegged as a true believer from day one: When he was a child he went into his father’s showroom (he was an idol salesman!) and smashed up the idols. His father came in a little while later, and shocked, asked Abraham, “What happened? All my idols are ruined!”
“Well, it’s like this”, Abraham fibbed, “The Goat God said he was the mightiest god alive and then the Lion God said, No I’m the mightiest god kneel before me and then they started fighting and the Sun King killed them and they all killed each other”.
“Don’t be a fool, Abraham”, his father said, “These idols are just stupid statues. They can’t talk”.
“So why do people worship them?”
“Who cares? Business is business!” his father mused.

It’s hard to imagine which is easier to conceive: society's fickle faith in idols; as soon as Moses took off to Mt. Sinai to receive the 10 Commandments the newly freed Jews built a Golden Calf and worshipped it, or the prophets, whose vision was so isolated in faith it would be viewed in our day and age as insanity. A prophet’s actions in these days of technological control and hipster skepticism would be attacked in worse ways than in Biblical times. Daniel thrown into a lion’s den and Samson being blinded would be a picnic compared to the punishments available now. The suspension of sanity for faith is the benchmark of the Bible. 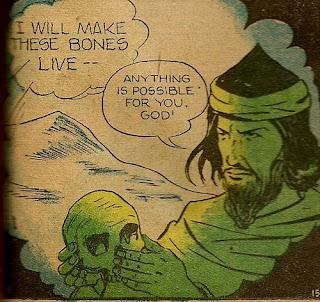