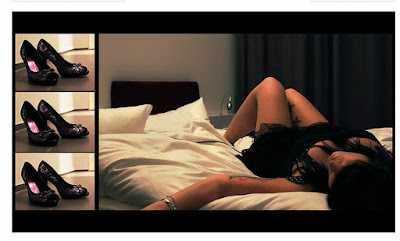 The world is full of love songs about people you love madly and the ones that broke your heart and the ones you drop as well as the ones that drop you in return, and…it got me to thinking. I want to talk about the loves I’ve had in the past. Real and imagined (the imagined ones can be defined as Internet Lolitas with the accent on the first three letters LOL).

There are the girls you ran after and the ones that ran after you. You worried about looking like a stalker when you ran after that girl, but when a girl runs after you she makes no bones about the fact that she’s stalking you. She’ll even tell you straight out, “I’m stalking you”. “Don’t you wish you never met her”, as PJ Harvey sang in Rid Of Me. Well, sometimes. It’s sexy when it’s the girl you want, but if she’s not then it’s a scene from Play Misty For Me, all signs of manic desire, obsession, unhealthy fixation, so on and so forth.

But I digress: I’m driving up Pacific Coast Highway making a delivery, staring at the big, blue waves and listening to The Flying Burrito Brothers. Feeling like such a California boy. “She’s the devil in disguise, she’s been telling dirty lies…she calls me ‘The Man In The Fog’, ‘Take me’, she says, ‘Just one time’”.

I think about the Jim Jarmusch film Broken Flowers, where he visits a few of his ex-girlfriends to find out who is the mother of his only child. In his quest for the mystery woman we see him visiting a biker mama, a high-strung animal psychiatrist, a reformed hippie turned Stepford Wife, and an over the hill dragstrip queen.

None of the women are connected in any way, and collectively represent the phases of his life and what interested him most at that time about women. I think we’re all like that in many ways, and in that respect I can say that what interested me in a woman thirty years ago would never interest me now, because I’ve changed. I think we’re all like that; we change our taste in people, as we do in music or films. 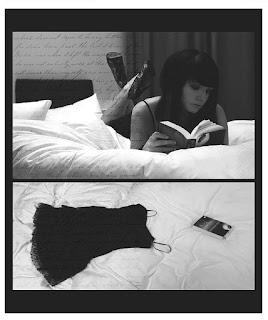 People search endlessly for someone to love, not because they lack independence, but because who they choose to be with marks a milestone in their life. To live an entire life without love is a life lived without reference or signposts.

But I digress: Drove for 11 hours straight yesterday, and the last job was delivering some fashion over the hill from Laurel Canyon. It was pitch black and I was already tired and felt myself floating in the darkness up the canyon and when the job was done I drove back down the canyon, floating in the darkness and feeling like a Laurel Canyon ghost. It was a beautiful feeling.

There were the girls that made me cry and the ones I made cry, but above all the ones that gave me fire, inspired me, great pretenders of the muse…some of them were the real thing and others who just didn’t have it.

I think about people who have love all the time and others who never get any, and even worse, the ones who have to fight for it, like beggars in a tent camp. Do the people who never have love dream pleasant dreams or is life just a long nightmare for them? I wonder.

P.S. Many of the girls I've loved are either still single, a few are divorced, and most of them have gone mad. What’s it all about? You will know love and love will drive you mad, but loneliness is worse.