The Psychotic Films of Elizabeth Taylor 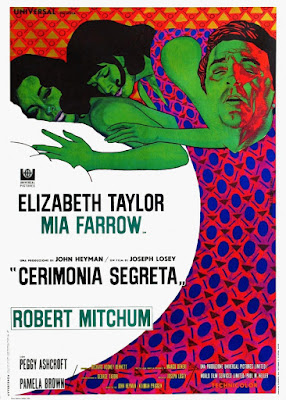 The biggest obsession I’ve had this year is checking out every wacked out Elizabeth Taylor film ever made, and she never stopped delivering the goods. In fact she may go down in my personal history as the coolest actress of all time.

Say what you will about Liz Taylor as a sex symbol, movie star, etc, no actress of her stature took more risks and gambled more with their career than she did. The list of wild, risky movies she made like Reflections In A Golden Eye, Boom!, Secret Ceremony, Who’s Afraid of Virginia Woolf, to name a few are some of the most intense films ever made and she always stood up to the challenge and blew our minds in the process.

Listed below are a small handful of films starring the great Liz Taylor that you may want to add to your must-see list if you haven’t caught them yet:

Who’s Afraid of Virginia Woolf? (Mike Nichols,1966): Taylor teams up with husband Richard Burton in Edward Albee’s play about an angry, unhappy married couple reduced to playing condescending mind games with the new professor (George Segal) and his wife (Sandy Dennis). Each game is more demeaning than the last one, and the energy level is so insanely high you won’t be able to stop watching.

Taylor really chews up the scenery harder than anyone else aboard, which is quite an astonishing feat. I remember people being shocked by the rough language (“Hump The Hostess”) and unglamorous look at the normally glamorous couple when this movie came out. It really rocked the film world at the time. 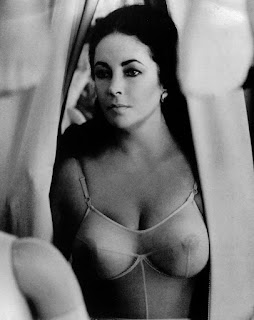 Reflections In A Golden Eye (John Huston, 1967): Liz plays a Southern belle Marine officer’s wife to Marlon Brando while carrying on an illicit affair with his buddy, Brian Keith. She mocks his impotency by marching around the house stark naked and emphasizing that her beloved horse “is a STALLION”. But is he impotent or just a closet homosexual?

Issues of homosexuality in various guises, whether it be from a fey Filipino houseboy or a G.I. Joe enlisted man riding around in the buff, make this film a bizarre piece of sexual surrealism that has to be seen to be believed. 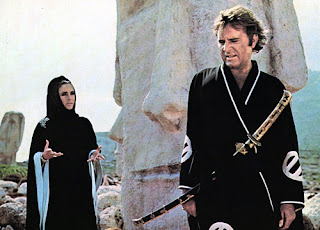 Boom! (Joseph Losey, 1968): Another play filmed with Richard Burton, this time by Tennessee Williams, it’s the story of agoraphobic millionairess Cissy Goforth who has trespassers and the local peasants shot. She lives in decadent splendor and each outfit worn is more Paco Rabanne – Pierre Cardin crazy with each histrionic scene in spite of her stifling allergies. Liz dictates her memoirs over a loudspeaker when she’s not screaming at the hired help.

Finally Dick barges onto her property as sculptor Chris Flanders, clothes in tatters from guard dogs that have attacked him. He’s outfitted in a samurai warrior’s outfit (complete with sword). Noel Coward, an unwelcome guest at Goforth’s home, tells her that Flanders has been nicknamed by friends as “The Angel of Death”. Liz does a lot of cool yelling in this one, but Burton displays enough charm to keep you watching him through the picture. I think Liz takes “Virginia Woolf” but Dick takes this one. P.S. This can be viewed FOR FREE on You Tube.

Secret Ceremony (Joseph Losey, 1968): Another creepy Losey film about a crazy girl played by Mia Farrow attaching herself to a middle-aged prostitute played by Liz. Mia’s just lost her mother, who bears a passing resemblance to Liz, and since Liz recently lost her daughter, who resembles Mia, they engage in some sick role-playing. Liz plays Mommy and Mia plays the daughter, completely cloistered in a stuffy English mansion. Everything’s perversely rosy until “Dad” (Robert Mitchum) shows up to tear up the Mother & Daughter nest.

Mia’s really amped up the nymph factor here (Woody must have seen this and got smitten), but Liz gives an amazing performance as a woman trying to sort out the sanity in an insane family arrangement. Everybody’s on their game here, and this would be great on a double bill with Robert Altman’s “Three Women”. 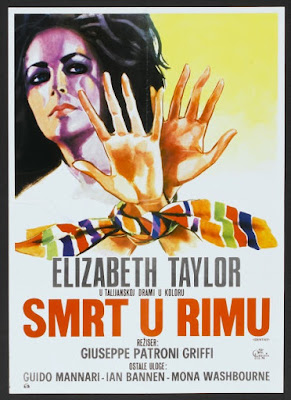 The Driver’s Seat (Giuseppe Patroni Griffi, 1974): Filmed right after Liz split with Dick for the last time, this might very well be the female equivalent to “Last Tango In Paris”. Based on Muriel Spark’s novel, it’s the story of a plain spinster named Lise (hmmmm….) who gives herself an outrageous makeover. Her hair flying around her head like some modern day Medusa and resplendent with loud, gaudy clothes, Liz once again screams at every woman in her path like a demoness. The men, however, are another story; they’re stared at with an insane predatory hunger that’s hysterical to watch. Later on in the movie there’s a pretty stark scene where Taylor’s masturbating in bed.

I think Liz is showing us she can get as tough as her colleague Marlon did in “Tango”. Lise travels to Italy to find a romantic lover who will kill her after she’s made steamy, passionate love. The guy she ends up with, though, is a whole other story. Legend has it this film was so shattering when screened at the Cannes Film Festival that at the end the audience fell silent, a reaction more extreme than booing or applause. Well done! P.S. This can also be viewed FOR FREE on You Tube.

There were other strange Liz films I never got around to seeing, like X,Y and Zee, and I won’t even mention that bomb she did with Warren Beatty (yes, he tried picking her up during the filming and fell flat on his face). But the bottom line is that few movie stars took as many risks as Elizabeth Taylor and still came out looking absolutely amazing. Watch and believe! 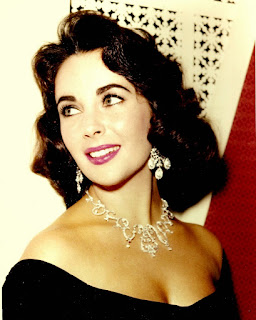