The Naughtiest of The Noughties 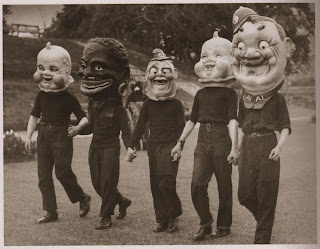 I heard this past decade referred to as the Noughties, a prefect term in more ways than one. This is what happened in the second half of an awful year:

July: A week after Independence Day Rebecca went on tour with KISS so I was home alone. Tried to make the most of it by going to The Clayton Brothers show at Bergamot Station, not bad, the Santa Monica Library for some intense summer reading, and drinks, lots of drinks. Went to The Coach & Horses on a Sunday night and some girl was lying on the sidewalk in a cocktail dress crying her head off. Got some good eating done, though: Brasa Brasil, Rainbow Bar & Grill, and Louise's Trattoria, just to name a few.

August: Went to The Blue Star to see some crunky punk bands blast some rockin' shit at their bitchen patio. Rebecca's back for a little while so I took her drinking at The Whisper Lounge. Got Rebecca a tattoo for her birthday, and she chose a cartoon spool from Hot Stuff Comics for her right arm. It sure was cool to see Ace Farren Ford again. Went to Gene Simmons' 60th birthday party at Lucky Strike bowling alley, and I hurt Gene's feelings because I didn't say hi to him. The birthday wishers line for him was pretty long, though.

September: Got my star tattoo sleeve done by Ace at Purple Panther Tattoo. Every time I look at it I get a big smile on my face. While Los Angeles was on fire I sunbathed up on the rooftop. A week later I drove up to San Francisco: I loved the patio at Zeitgeist, a cool bar in the Mission District. Bought tons of great leather while we were up there. I got a great pair of pants out of it. The ceiling to Rebecca's work room caved in with water.

October: Brendan Mullen died this month; we were in a band (Arthur J. and the Gold Cups) together, I lived at the Masque (his club), and he interviewed me for his two books. His life partner said he lived a healthy life (AHEM) so his death came as a big surprise, yeah, him and Brittany Murphy. Had a power outage that lasted all night, but we made the most of it by listening to mp3 music. After finding out that a cool Sharon Leong painting was still for sale I bought it from a gallery in Monterey Park. Rebecca performed at Lucha Va Voom for the first time in two years, so I went to see her.

November: Missed the Julie Newmar tribute at The Paley Center because I was sick as a dog. Went to Lisa Petrucci's art show at Luz De Jesus and it was fun seeing her and Mike Vraney again. Went to Longo Toyota to have my car serviced and they had me there all day (8 am-3 pm) and didn't even finish the job. Never again! Went back up to San Francisco and got a great pair of John Fluevog supervlogs, straight from Haight Street.

December: Registered with the YMCA and now I go there every week, working out all my anger from the bureau rats at work. I love it! Went to the Viper Room to see Schwarzenator, an Arnold Schwarzenegger tribute band that plays death metal (what else?). Changed the locks to our place after we fired our speed freak employee, ugh. Celebrated Golden Apple Comic's 30th Anniversary in the rain, and I miss Bill Lebowitz. More than fuckin' Brendan Mullen.
Posted by Andy 7 at 8:10 PM

Really and truly, a happy NEW year/ decade to you both.

Thanks, Dusty, may the coming year be a fun and freaky one for you and your critters.