It Was A Pleasure Then 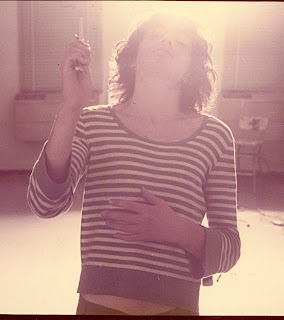 Life is fraught with decisions, and the decisions I had to face was whether to go to the Suzi Quatro party at The Tropicana, which was invitation only, or the Zolar X party at Rodney's English Disco, which wasn't. As long as you had five dollars you could get in, but I didn't have five dollars to swing around on a weeknight. There was the third option, of course. Rumor had it that Roxy Music were staying at The Continental Hyatt House to do promotional stuff and we could always just hang out there. It didn't cost anything and maybe I can meet Bryan Ferry in the lobby. Wouldn't that be great? Well, it wasn't. Fifty other kids had the exact same idea as me. Advancing closer and closer to the enormous lobby of the Continental Hyatt House on the Sunset Strip with its gigantic windows I could see tons of glitter kids hoping to run into my hero.

My ankles were aching from supporting my tall teenage body on three inch brass platform heels and sparkly copper vinyl shoes. They made my back ache too, but as they said, style before comfort. I walked through the automatic doors to the entrance and saw my friend Randy from the English Disco. "Hey!"

"Hay is for whores", I quipped.
"Hey, whore, are you here to see Alex Harvey?" Randy asked in his striped satin thunderbolt suit. He thought it made him look like Marc Bolan.
"The Sensational Alex Harvey Band are here, too?"
"Yeah, who are you here to see?"
"Roxy Music. I wanna see Bryan Ferry. Maybe I can get his autograph".
"Well, good luck. He hasn't left his hotel suite all day. He's probably giving a million interviews. Hey, nice threads. When did you get these?" he rubbed my jacket between his fingers. I was wearing a brand new green velvet jacket with extra-wide lapels with matching elephant flares.
"Last week. I bought it from a boutique on Third that just closed down".
"I got mine from Granny's".
"Granny's is nice if you can afford it. Hey, is that?"

A very thin girl with huge black pigtails led a very stoned, emaciated platinum blonde boy wearing a black leather jacket with a leopard on the back, just like the one on the back cover of Iggy & The Stooges' "Raw Power". Under his jacket was a t-shirt of Iggy Pop's face. "Jimmy, gimme a smoke. Is Steve Marriott staying here? Ah, fuck it", whined the girl.
"Yeah, it's him", Randy whispered. "And he's got his favorite shirt on in case he forgets who he is".
"Jesus", I gurgled. At the sound of that the platinum blonde boy stopped, stared at me, and then craned his head around the lobby making sure everybody recognized him.

"Well, I guess this beats the Suzi Quatro party, anyway", I turned away from Iggy.
"Suzi Quatro? That dyke?"
"She's not a dyke. I think she's doing her guitar player".
"That fat guy? Bullshit, she's a dyke. She wears leather pants and sneakers. Dyke!"
I wasn't going to let anybody tell me my favorite girl singer was a dyke, so I changed the subject. "So what's so great about The Sensation Alex Harvey Band?"
"Dude, didn't you hear? They opened for Styx at the Santa Monica Civic Auditorium. They did they whole 'Vambo Rools OK' number on stage with the brick wall and it was far-out. And then Styx goes on and half the audience walked out of the place. Styx couldn't follow Alex Harvey".
"Well, I don't know, I can't follow a band with a mime who plays guitar. I'd rather rock out to a dyke".

A tall skinny kid walked by with a David Bowie haircut and a traumatically chewed up, pocked mark face with a feathered boa around his neck. It was Chuckie Starr, who Randy knew well.
"Hey, Chuckie, what are you doing here? I figured you'd be at the Suzi Quatro party at The Tropicana", Randy asked.
"Security's too tight to get in. Bryan Ferry's here tonight. I'm going to see Lori later at the Zolar X party. Are you going?" Chuckie said as he craned his head around the room looking for someone more fabulous than us.
"Oh, sure, Darling", Randy lied. Chuckie didn't even hear him; he recognized someone and ran towards them, shrieking.

"Are you going to get Sweet tickets at the Civic on Saturday?"
"Yeah, what time does the box office open?"
"Twelve thirty", Randy's face brightened as he saw a distant figure walk quickly towards the hotel coffee shop. "Alex Harvey! I gotta get his autograph!" Randy ran towards the coffee shop with Chuckie Star following and even Iggy and his date following from the rear. Ah, this is a waste of my time, I thought.
I trudged out to the sidewalk into the Sunset Blvd night, looking up at the lit-up palm trees reaching for the sky. A man who resembled a tall palm tree looked at me. It was Kim Fowley.

"What's happening?" he asked with his clear blue eyes burning into me.
"Iggy Pop's chasing after Alex Harvey in the coffee shop".
"Oh, is that all? Well, Arthur Lee's walking around Filthy McNasty's with a gun in his jacket. Can you beat that?"
"No, I guess I can't. Good night", I said. I didn't have wheels and the 91-S bus took forever to show up, so I walked from Sunset & La Cienega to my house on Pico & Robertson. Goodnight Hollywood, until next time. 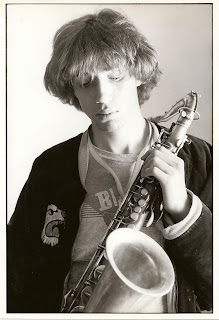 hello - i love this and i hope you don't mind I have linked to it on my blog (which is mostly read by people interested in young adult fiction) strange meetings across the interwebs ...thank you for writing,
simmone

It's okay as long as I am credited as the author. I've written a few other adolescent tales on here like "Butcher Boy" and "Pico and Robertson", but I'm sure there are a few more you may want to read. I keep my blog very varied so there's a little bit of everything to read, but at any rate, welcome!

Have you read Suzi Quatro's book "Unzipped"? I love the part in it whereby she accosted Lynsey De Paul after a set on Top of the Pops when she read in an interview that Lynsey had allegedly called her a dyke when criticising her image.

Quatro ran up to her, grabbed her around the throat and shoved her up against a glass door snarling at her to apologise for what she had said. De Paul pleaded that she did nothing of the sort and Quatro let her go.

Years later they met up again and resolved their personal differences and De Paul explained to Suzi that she had been misquoted in the press, which Suzi accepted and now they are the best of friends.

Aaaah, you gotta love rock'n'roll hey? How times have changed since then. ;-)

Glam rock brought magic in a time when we really needed it. I still listen to it alongside my psych, garage and punk records. The best music I've ever heard and the most fun I've ever had.

Made me go find my ticket stub for this show with Styx and Alex Harvey. Styx was just short of being booed off the stage by fans yelling "WE WANT ALEX!" here is link to my ticket stub