Stuff I Burned From TCM, Part 4 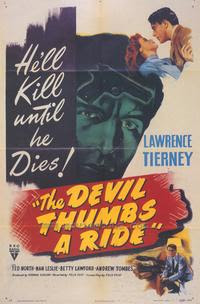 Well, the past TCM entries I posted here bemoaned the non-DVD release status of certain films, ones that starred big-ticket stars. The four movies listed today are a little more obscure, the only common thread uniting them in any way is that two of them star 2 of Ronald Reagan's wives! More on that later:

Zazie Dans La Metro (1960): Louis Malle-directed rendition of the Raymond Queneau novel, lavishly filmed in beautiful color. The frenetic pace of this comedy becomes a bit irritating after awhile, but damn, I thought Richard Lester invented this hyperactive slapstick film style. Malle has him beat by a good five years! I don't think Malle ever made a truly bad film. Why isn't this one released yet?

Kid Nightingale (1939): This one's a dilly! A washed-up boxing promoter needs a new meal ticket to help pay off his debts. He sees an opera-singing waiter punch out a drunken heavyweight champ he manages, and decides to groom the waiter for ringside fighting. The waiter will only do it if he can sing Verdi during his boxing matches, hence the name "Kid Nightingale". After he wins every match he goes straight into "Pagliacci". His love interest in this yuk-fest is Jane Wyman, the future Mrs. Ronald Reagan #1. This is the kind of movie Adam Sandler's notorious for making (hint, hint). 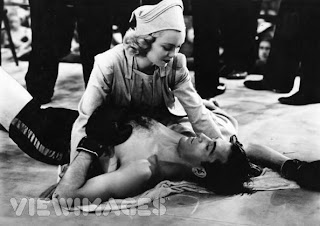 Talk About A Stranger (1952): Weird one about a kid whose pup mysteriously dies, and everybody in the small town blames it on the quiet German shut-in. A thinly-veiled critique on the Communist witch hunts that were so prevalent at the time, ironically starring Nancy Davis (aka Reagan), Ronnie's wife #2. Even more ironic is that her husband in the movie is played by George Murphy, the future conservative Californian Senator!

The Devil Thumbs A Ride (1947): Most Lawrence Tierney movies are garbage, but is there an actor more watchable than him? I think not. This one's no exception: a psychopathic killer hitches a ride with a young, dizzy newlywed. Along the way they pick up two oily chicks and break into a house to get out of the rain. There's tons of murder and attempted rape as the censors would allow back in the Forties. Lawrence Tierney reminds me of tons of creepy punk rock guys I used to drink with who would go psycho on you at the drop of a hat. Another RKO classic! Turner Classic Movies never disappoints!
Posted by Andy 7 at 7:41 PM