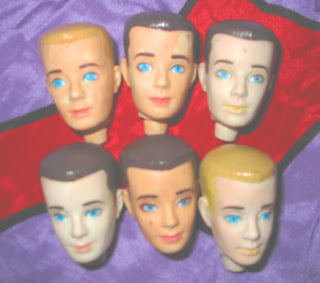 1980: The Laufer Company was an entertainment publishing empire that put out a slew of showbiz rags on a monthly basis: Rona Barrett’s Hollywood, Tiger Beat, Flip, Rona Barrett’s TV and Movie World, etc. They had offices on Hollywood Blvd. across the street from the Chinese Theatre and it was walking distance from my courtyard apartment built by Charlie Chaplin’s studio. It was a temp job that paid poorly, but when you’re living the punk rock lifestyle everything is either free or cheap, anyway.

My first assignment was working in the mail room. We had to open up mailed requests for 8 x10” glossies of TV and movie stars.
“This one’s for Dirk Benedict. Who’s that?” I asked.
“Who’s that? You don’t know who Dirk Benedict is?”
“Where have you been?”
I wanted to say guzzling beer at the Hong Kong Café watching The Weirdos play “We Got The Neutron Bomb”, but I was hung over and they would have asked, “Who’s The Weirdos?”
“I’ve got a request for Scott Bayou. Where’s the Bayou pics?” I mumbled.
“THAT”S SCOTT BAIO!!!” some gay ranger yelled. “Don’t you know? It’s Chaaaahhhhchee”.
“Yeah, Chachi from Happy Days”, some girl chirped. “He goes ‘wow, wow, wow’”.
Everyone laughed but me. Are these people crazy?
“Who am I?” some Chinese kid quizzed. “Eeeey!”
“A used car dealer?” I asked.
“It’s the Fonz!” the girl chirped once more. “Chang, you are so funny!”
“Fonzie, Fonzie, Fonzie!” the homo fan wailed. “I have one for Henry Winkler!”
Henry Winkler, sounds like a Rabbi from Baltimore, I thought.

My boss Phyllis was a tired, dog faced blonde in her seventies that liked to flash cleavage, which always made me feel uncomfortable.
“Andrew, do you prefer Andrew or Andy?” Phyllis nervously asked.
“Andy’s just fine”.
“Andrew, go down to Basement Room B-50. I want you to clean out the room. The Andy Gibb contest is over and we have to clear out the room to make space for the Charlene Tilton giveaway”.
“Will I need a broom and a dustpan?” I asked.
“Oh, Andrew”, she spurted. “You’re always joking”.

How do you clean out a room without cleaning materials? I took the creaky elevator down to the Basement and opened the door to a tiny storeroom, just a little bit bigger than a closet. A pile of postcards tumbled out the door at my feet.
I switched on the light to see: The room was piled with postcards three feet deep from one end of the room to the other. I walked on postcards, I kicked them out the door, I jumped out of the room and grabbed a trash can in the hall and started grabbing handfuls of postcards and throwing them in the bin. As I threw them out I noticed one postcard had a photo of Bettie Page with a crocodile.
“Hey, wait a minute”, I said and tossed it to the side for a pile I was going to take home. The next postcard was a vintage Fifties postcard of the Flamingo Hotel in Las Vegas.
“Sweeet”, I gushed at the cool postcard. Five minutes later I sat down on the pile examining every postcard. Some were lame but a few were awesome.
I began reading the postcards and started chuckling. This is what they said:

I giggled like an embarrassed schoolgirl. The big cock block of course was the signature:

Eleven? That’s not jailbait, that’s embryo bait. Oh well, at least I scored a cool postcard of a jackalope. I was such a vain bastard I blew 2 hours reading the Andy glory parade and finally tossed out the rest of the junk. It wasn’t very hard work.

Robert was a huge, Tone Loc-looking black guy in his thirties. He kept calling me “Young Blood” because I was just barely in my twenties.
Phyllis raced over to us. She never walked, she raced. She was very intense.
“Robert, Andrew”, she commanded nervously, “I want you both to load the truck up with all the Expired Issues boxes. Take them to the landfill in Sylmar, and remember, BE CAREFUL”.
After loading the pickup with endless boxes we tore down the 101 to Sylmar, and there it was: The Sunshine Canyon Landfill Station.
Passing the gate we entered a hellish scene: miles and miles of sprawling, flat land with large ditches scattered here and there, tractors shoving enormous piles of trash into even more enormous gaping holes. There were broken television sets, chairs, dressers, exercise bikes, etc. There were scattered bonfires of burning garbage. It was like the Mojave Desert of junk!
“Damn, Young Blood”, Robert exclaimed, “there’s some halfways good shit lyin’ around here”.
A map was handed to us showing where we were allowed to dump our boxes, so we turned to a tiny plot of dirt after almost getting run over by a rogue tractor.
I jumped up to the truck bed and handed boxes to Robert.
“Okay, these babies are pretty damn heavy so watch out”, I told him.
“Cool, youngblood, use yo’ bionics, that’s the way”, he grunted.
“Incoming!”
“I love it, love it, love it! Say, youngblood, where you from?”
“New England”, I panted heavily, “You know, Kennedy Country”.
“President Kennedy, man it’s a shame the way they shot him down like a low-down dog. Me, I’m from South Cackalacky. I got me some fambly in North Cackalacky”.
Robert called the Carolinas “Cackylacky”; he was clearly insane, but who better to hang out with in a garbage dump than a lunatic?

I handed Robert another box and he dropped it. The box burst open and out tumbled magazines with the cover blurb, “TV’s Bathing Beauties Pictorial”. The cover showed Heather Thomas, Farrah Fawcett and Cheryl Tiegs in bikinis.
“Well, alright! Check it out!” I jumped down and leered at a copy. “Robert, dude, check out Linda Carter in a string bikini”. I picked up the magazine and jammed the pin-up in his face.
“Awyeeeeah”, he picked up his own copy. “Jack-well-leeen Smith. I love it, love it, love it”.
“This one’s going home with me”, I smacked my lips.
“Sheeeet, youngblood, ah heards that. SNORT!” he snorted.

Two hours later we were done and took off in the pickup. The radio was cranking “Da Doo Da Da” by the Police. When Sting got to the moronic chorus, “da doo dah dah”, Robert started bouncing up and down like a madman and singing along at the top of his lungs.
“Come on, youngblood”, Robert roared. “Sing along! Use yo’ bionics! Da doo dah dah!”
He was out of tune and out of rhythm with the record, but who cares? I just spent a small fraction of my life in a garbage dump and this song was our National Anthem.
Posted by Andy 7 at 5:57 PM

I had to read this blog again.

"I was such a vain bastard, I spent 2 hours reading the rest of the Andy glory parade"