Stuff I Burned From FLIX 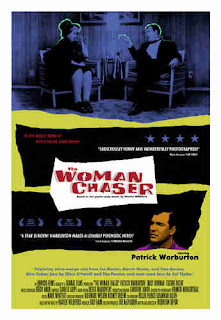 Well, it’s all fine and dandy to bemoan movies not released to DVD from the 1940s and 1950s but what about films from the last 20 years? The prints are still in swell condition so what’s holding up their release? They look pretty darn good on FLIX, the movie channel. Here’s three:

The Woman Chaser (1999): Charles Willeford’s hipster crime novel is a hoot but the film version ups its larf-quotient by infusing a large dollop of deadpan humor. The main character is an insane boor with cinema auteur aspirations, played brilliantly by Patrick Warburton who bears more than a passing resemblance to Oliver Stone, haha. What is the director trying to tell us here? The film was shot in color and transferred to black-and-white, and I own both versions on DVD. Thank God for the grey market.

Exposed (1983): Nastassia Kinski plays a farm girl move to the New York City to become supermodel who skyrockets to the top of the fashion world, only to find herself seduced by international terrorists a la Patty Hearst. Whew! The terrorist is played by Harvey Keitel and the vigilante terrorist hunter is played by an overdressed, delicate and lisping Rudolph Nureyev. The only bomb that goes off in this film is the movie itself. If you catch this bomb on FLIX you’ll see why Kinski was pretty box-office poison.

Bandwagon (1996): Great film about a scuffling band from the deep South going on tour across Clubland USA. The music isn’t bad and the guys in the group are actually likeable (for a change). The main attraction is Kevin Corrigan, great as always, playing the spaced-out guitarist. Most rock band comedies are too cool for the room but you’ll actually care about these fuckers. 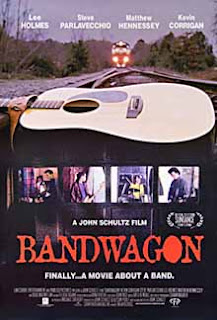