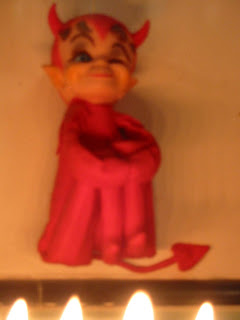 Picture this: You're hanging out with your friend of 2 years, you guys go to bars, you check out girls, you hang out at parties and fraternize like all cool guys do, and then at some point you're alone and he turns to you and says with sincere sincerest sincerity, "You know, Andy, you've got a cute little ass and I'd like to get inside of you". NOOOOO! Either a kiss or a fondle is aimed to seal the deal, Oh! did I mention they're stone-cold sober? So it ain't Jack Daniels getting their gay on. And you just want to shrivel up and disappear? Well, it's happened to me a few too many times.

1) Friend Number 1: What didn't we experience together? We played in a band together, I'd hang out with him and his girlfriend at all the clubs, I consoled him like all bros do after his girl bailed on him, we did all the cool guy things, and then it happened. I moved in with a girl and lived at her place, but when she left for the weekend Friend #1 came by. We were in the kitchen and I had my back turned, pouring him a drink, and then WOOF! He put his hands on my hips and kissed my neck.
"HEY!" I jumped 2 feet. It was an apartment kitchen. That's as far as you can jump.
"Dude, I was only kidding!"
"That's not a joke and after you finish your drink I have to boil my neck, so drink up and fuck off".

2) Friend Number 2: Although this guy put out some of the records I recorded, who knew? He was married with grown kids, had girls hanging out with him all the time, but he was different with me. We drank together (he apparently never drinks, so they tell me), we'd go to clubs together (he talked to a lot of girls), and then one day I came over and saw my picture up on his bedroom wall. Last year I heard he left his wife for a famous artist and moved to a house in the Northwest where his homosexual escapades can be held in private. His ass-play hot tub parties have been the stuff of indie rock legend.

3) Friend Number 3: May be the worst because this one is a girl, a platonic girl friend. She was a sort-of pretty tomboy who always wore boots and pants with short blonde hair and clear blue eyes. A butch cigarette always hung out of her mouth. I hung out with her all the time while she dated every top show dog on SST Records. Once again I consoled her every time she broke up with a guy, but it was strictly mates, not dates. Once my band became popular and getting heavy airplay on KXLU who should come to my shows in a dress, hair grown out and full make-up on but Friend Number 3? She was on a fuckhunt and I was a wabbit. I tried to palm her off on my horny guitarist but she wanted the top bitch in the band = me. Once you've been platonic with someone it's hard to imagine her in your bed, even if she looks like Priscilla Barnes in her prime.

NOW! You might hate me for outing my friends for getting gay on me, but here's the punchline. When I spurned their advances, they didn't go home crying in their beer, this is what they did:

Friend #1 badmouthed me to every musician in town, he said I wasn't serious about playing music anymore, I was a Westside fake and a big domestic and totally pussy-whipped by my girlfriend.
Friend #2 went further than that. After I got married he stopped speaking to me and avoided me at every art show we'd run into and told everyone that my wife and I were homeless and living on the street. And people were dumb enough to believe it.
Friend #3 came to my wedding party but not without giving my wife a load of attitude, and surprise, also stopped speaking to me soon after.

If someone wants some gaytime playtime, count me out, do a little research into my sexual history before you assume I'm ready to swing, because an unwelcome pass will change me from Marc Bolan to a drunken truck driver. My crotch does not say "go".
Posted by Andy 7 at 5:48 PM

That was harsh. I better not get frisky with you.