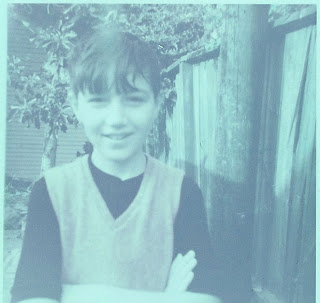 The spirit was willing but the body wasn't able, it was simple as that. It was just a matter of time and the time was now. The day finally came when he couldn't eat anything without getting violently ill, no matter what it was. He felt like his body was shutting down on him because sleep and urination were just distant memories of things past. His body was backed up with some kind of poison, he just knew it, because when he put small cloves of garlic in his dinner he spent the rest of the night throwing up non-stop. His bloodstream was a corrupt file.

His girlfriend came over the next day with a book on herbal healing. She narrowed down his sickness to three or four possible syndromes. They went to the herbalists, a Russian woman in the Jewish district named Svetlana. The store freaked him out: among the herbs and obscure medicines were bottles filled with dried out sea horses. What the hell was a sea horse supposed to cure?

Herbs were purchased, which his girlfriend boiled into various teas: There was Echinacea, there was Barberry, and there was Hawthorn. The teas were strong, and in fact the barberry made him throw up again. The barberry threw out all the poison in his blood stream. His weight started dropping, and he could find himself breathing so much better.

The funny thing about it was the more plant-like the medication, the better he felt. After a week of being shut inside his cold, dark apartment he went for a walk outside in the beautiful summer's day. The sun was beating down on him and he began to sweat. His perspiration made him smell like freshly-cut grass. When he took a breath he felt an icy spearmint rush through his lungs. It was exhilarating. Then came the sensations.

The sun looked yellower than he remembered, the lawns greener than he'd ever seen them. Every drop of moisture on the grass magnified ion his vision. He could see the lawns breathing and moving slowly in his eyes. Trees bent slightly and rocked slowly as he walked by. The oleanders were deeper than he remembered them, poinsettias redder and sunflowers yellower. Every flower and tree breathed slowly as he walked by and his body odor was positively botanical.

As he returned to his home he resigned himself to the reality that he was no longer flesh and blood, but something different. He still had hair and eyes and lips, but the machinery was different. He was a walking plant boy with green blood.
Posted by Andy 7 at 6:11 AM

Thanks - I call it vegan fiction:)